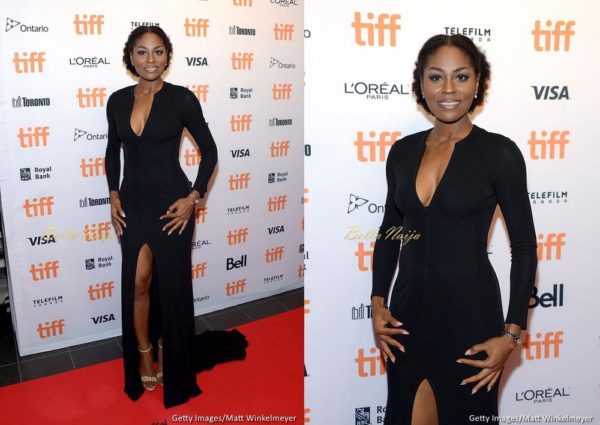 The #TIFF2016 has started and last night there was a soiree with the special guest as Hollywood actor Michael Fassbender.

Nollywood actress & TIFF Rising Star Somkele Iyamah-Idhalama, who also stars in Kemi Adetiba‘s “The Wedding Party” and “The Arbitration” both screening at this year’s festival, attended the TIFF Soiree during the 2016 Toronto International Film Festival at TIFF Bell Lightbox on September 7, 2016 in Toronto, Canada.

For the event, the movie star rocked a floor-length black dress from Stephen Caras with a pair of shoes from Hervé Léger by Max Azria.

We think she nailed her look of the night.