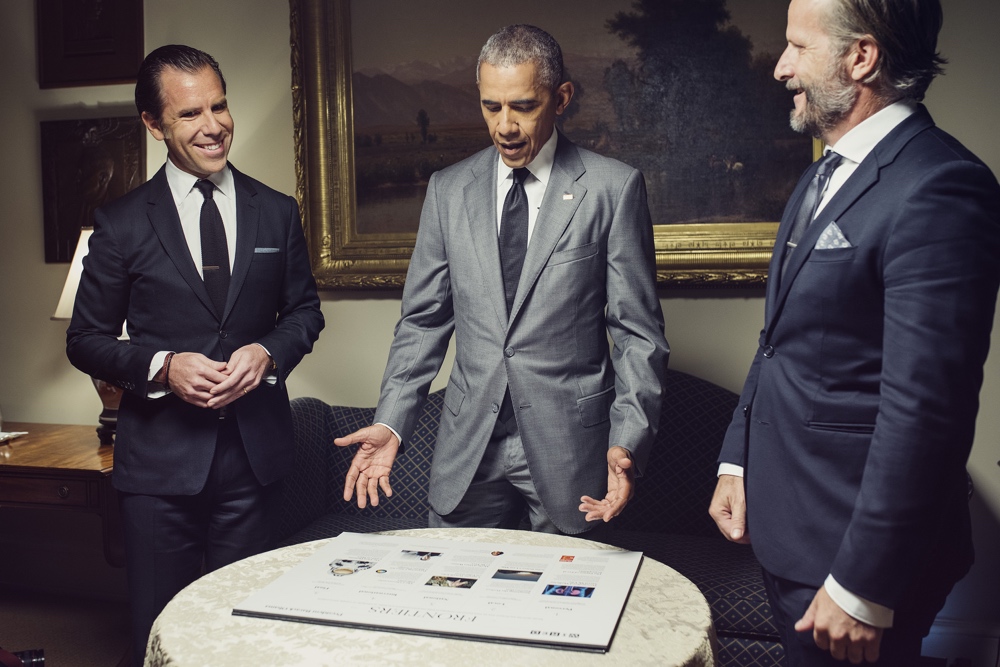 In the Roosevelt Room of the White House, President Barack Obama discusses plans for the issue he is guest editing with WIRED’s Editor-in-Chief Scott Dadich and Editorial Director Robert Capps. CHRISTOPHER ANDERSON/MAGNUM PHOTOS

President Barack Obama is trying his hand at magazine editing, and he’s starting with Condé Nast’s technology-inspired title WIRED. Working in magazines appears to be a new hobby for the President, who penned an essay for WIRED’s sister publication Glamour on feminism in its September issue. Read it here.

For Wired, the president will guest-edit the November issue working with the theme of “frontiers.” They said;

WIRED has had some amazing guest editors over the years. J.J. Abrams on magic, mysteries, and puzzles; Bill Gates on solving the world’s biggest problems; Christopher Nolan on space, time, and multiple dimensions; and, most recently, Serena Williams on equality in the digital age. This November we will add President Barack Obama to our guest editor ranks—the first time WIRED (or any other magazine) has been guest-edited by a sitting president.

The White House is also announcing a Frontiers conference, inspired by the issue, which President Obama will host with the University of Pittsburgh and Carnegie Mellon University on October 13. You can learn more about the event atfrontiersconference.org.

The issue will be available on select newsstands, WIRED.com, and tablet editions beginning October 18, and will hit newsstands nationwide on October 25.

Lupita Nyong’o rocks Gele-Inspired Outfit at the US Open

If a Doll can Do it, so can You! Barbie is now a Paid Social Media Influencer in Instagram