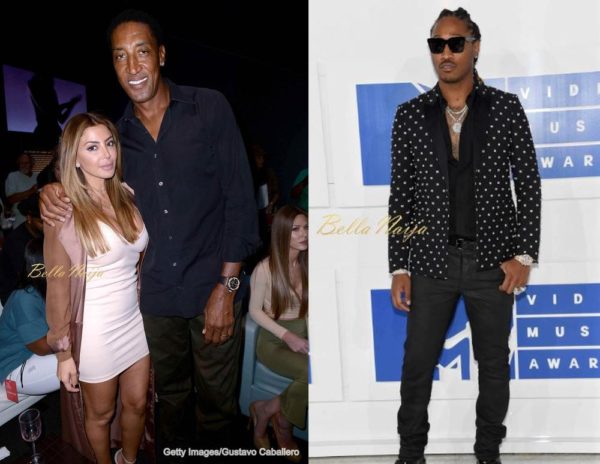 Rapper Future is alleged to be the cause of Retired American Basketball player Scottie Pippen and his wife Larsa’s divorce after being married for 19 years.

TMZ Sports learned that Future and Larsa met in August at a Miami party and have been been seen at various places since then. The pair are also said to have looked “cozy” at the Komodo nightclub in Miami recently.

When basketball star Scottie Pippen learnt that his wife Larsa was allegedly hooking up with Future, it served as the trigger for him to file for divorce.

Some of their close associates also told TMZ that she’s been on and off Future’s private jet and they even traveled together to Las Vegas last month.

Larsa’s sources have come forward to describe her relationship with Future as “casual” and say that it only began after Scottie openly flirted with an actress last summer. There have also being reports that police were called to Pippen’s home twice in the past three weeks for domestic disturbances that never got physical.

From Game of Thrones to a Nude Artist on Stage, Here’s what went Down at the 3 Thrones Concert