After recently concluding an African tour that included Uganda, Kenya and South Africa, the actress has made her way to London for the premiere of the movie at the BFI Festival.

She was joined at the London premiere by David Oyelowo, who also stars in the movie, and John Boyega, Lupita’s co-star in ‘Star Wars’.

She posted a charming photo of the three of them and described them as her “favourite Naija men”.

Check out Lupita’s outfit to the premiere below! 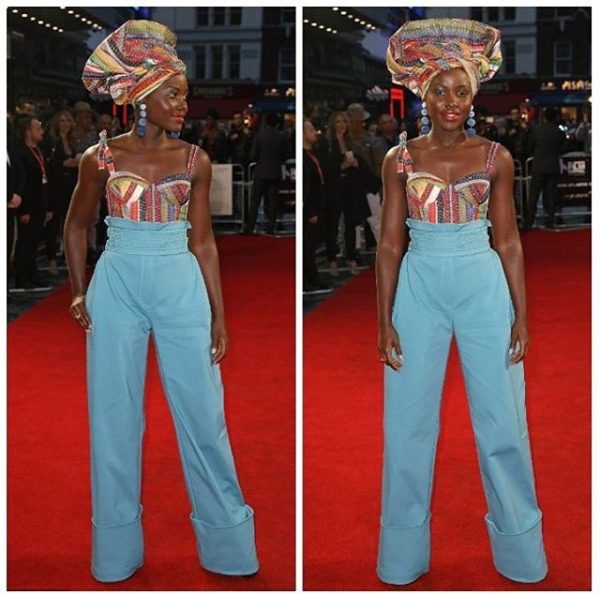