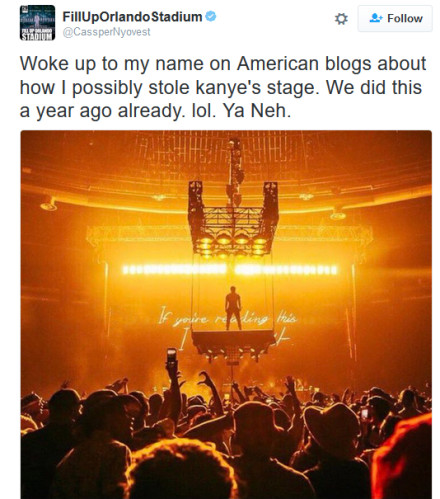 In a recent performance during his “Pablo” tour, Kanye West took a moment to passionately call out people that stole his floating stage concept.

Some felt this was a direct shot at Drake, who had used a similar design with his overhanging lights for the Summer Sixteen tour.

However, South African rapper Cassper Nyovest has come forward to shut down Kanye’s claims of originality. He posted a photo on Instagram and Twitter saying “We did this a year ago already lol”, referring to an Orlando Stadium performance in Johannesburg. 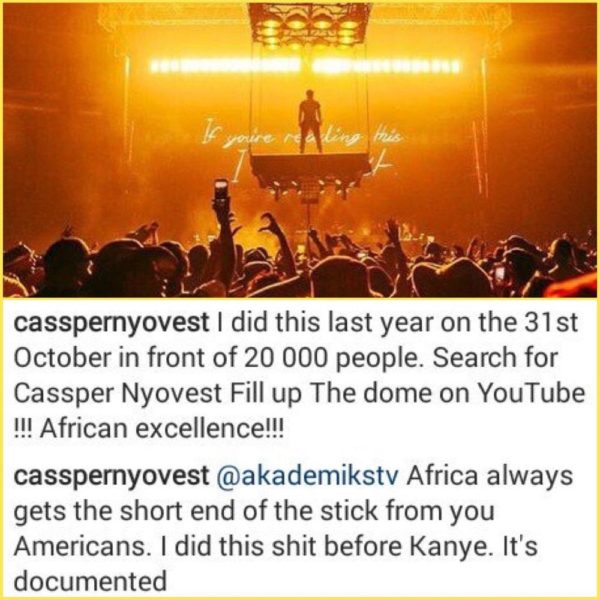 See the two stages below.

Mary J. Blige’s Estranged Husband wants a 6-Figure Cheque Every Month | Says she “got him used to their lavish lifestyle”