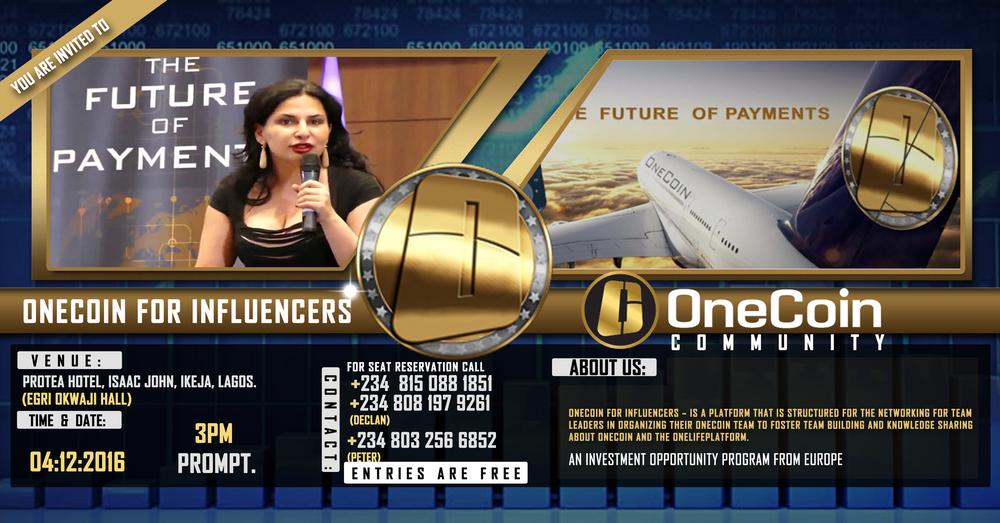 As the Bitcoin history repeats itself in Onecoin, never forget Bitcoin in 2009 was sold at 1 cent and now each is sold at 704USD.

Onecoin launched in September 2014 @ 0.10 Euro and has grown to be the choice of government and large corporations and today sells at 7.85Euro and analyst predicts Onecoin would sell @ 10Euro by Dec 31st,2016 and further predicts it’s rise to reach 25Euro and 100Euro by Feb, 2017 and Feb 2018 respectively.

However due to the finite nature of cryptocurrency, mining ends by Feb 2018.

The opportunity however wont lasts forever. Onecoin for influencers has put together a seminar where professionals and strategists would guide you through a successful path of wealth building through ONECOIN .

This is a unique opportunity for action takers, don’t leave yourself out.