#BBNaija - Day 8: Another Tense Night for the Housemates! Find out the 3 Housemates Up for Eviction this Sunday

Did you watch day 8 of the Big Brother Naija reality show?

With the rain pelting outside, the Housemates had their early morning fitness session in the Arena. Some of the Housemates seemed exhausted from last night’s drama with Gifty and Soma struggling through their exercises.

After their session, everyone gathered around the table for another game of Whot and a spontaneous sing-along burst out with the evergreen “Ain’t no sunshine” by Bill Withers ringing out melodiously and then Mario‘s “Just a friend,” with the Housemates all joining in enthusiastically.

Miyonse and TBoss seemed subdued as they busied themselves in the kitchen cooking for everyone, observing from the sidelines. Earlier, new Housemates, Debbie-Rise and Bassey had a chat upstairs in the bedroom before being called downstairs to play the game of Whot. They seem to have integrated themselves into the House pretty well, all things considered.

It soon became clear what was going on between the two with TBoss upset with her “boo” going to the couch and sulking. Her nose was out of joint as Miyonse had said that she ate too much as he had not had much of the breakfast he had cooked. She indulged in a bit of reverse psychology and eventually Miyonse spent his time trying to get back into her good books.

Most of the boxes had dirt and string in them as Biggie called the numbers out one at a time. New girl Debbie-Rise found a Joker’s hat in her box to which Biggie told her that she was now the House Joker, having to entertain the Housemates. After many empty boxes, eventually Biggie called CoCoIce‘s name and she found the HoH crown in her box. 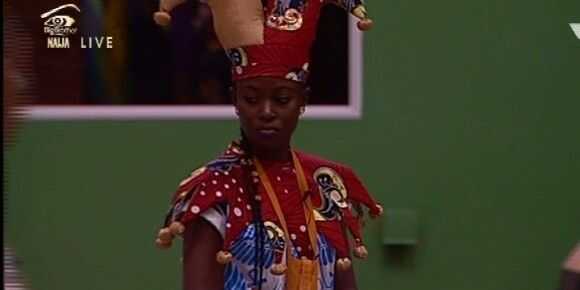 Biggie informed the Housemates that she was now the Supreme Leader and had to be referred to as “Igwe” for the rest of her time as HoH. He informed her that she had absolute power over everyone, especially Debie-Rise, being the new Joker of the House. With the adulation of her Housemates ringing in her ears, Biggie called her immediately into the Diary Room where he laid out the rules for her, she had to choose two teams. The new Teams were the “Haves” and the “Have Nots.” The “Have” were allowed to sleep in the comfortable double beds with the “Have Not” Team having to sleep in the single beds upstairs. The “Have Not” Team were also to make breakfast for the rest of the Housemates.

Igwe wasted no time in choosing Bisola, Miyonse, Efe, Bassey, ThinTallTony and Kemen as the “Have Not” team with herself, Debie-Rise, Bally, TBoss, Gifty, Soma and Bally as the “Have” Team. Before all of this happened, Biggie told the Housemates to stand up and bow to their new Supreme Leader, which they took great delight in doing. 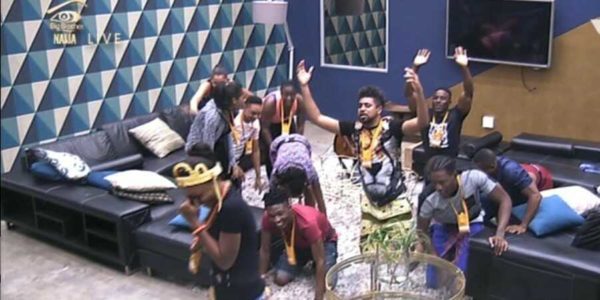 With Debbie-Rise impressing on guitar, the musical Housemates had a fun singalong, filling the House with beautiful sounds. Biggie called CoCoIce into the Diary Room in her full regalia where he gave her a black book full of Tasks for the whole week. He warned her, however, that she was to keep the book secret as if it was discovered, she would lose her title of Igwe and she would put the weeks wager in jeopardy.

CoCoIce had been a silent presence in the House, but that all changed when she became Head of House. She was given carte blanche by Biggie, that her word was to be obeyed by all her minions in the House.

Igwe instructed Bisola to make sure that the new guy, Bassey whom she made her personal bodyguard must wear a bra for the rest of the day. Earlier she had Bisola wash her feet for her. She took to her new position of power with regal poise. 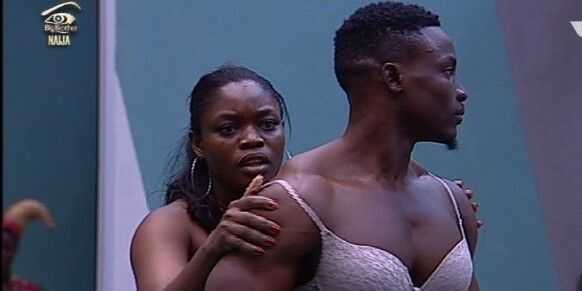 She must, however, take care to safeguard her black book and make sure that nobody sees the book or else she would lose her Head of House position and put the upcoming wager in danger. Things got real again in the evening when the housemates had to nominate their two least liked housemates for possible eviction on Sunday. 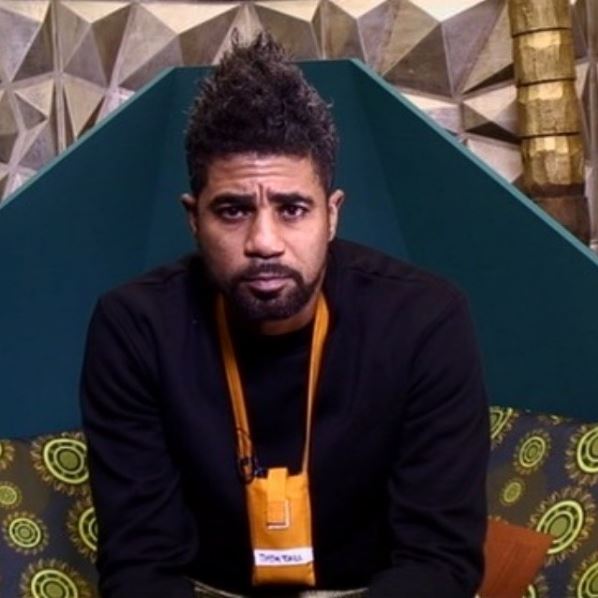 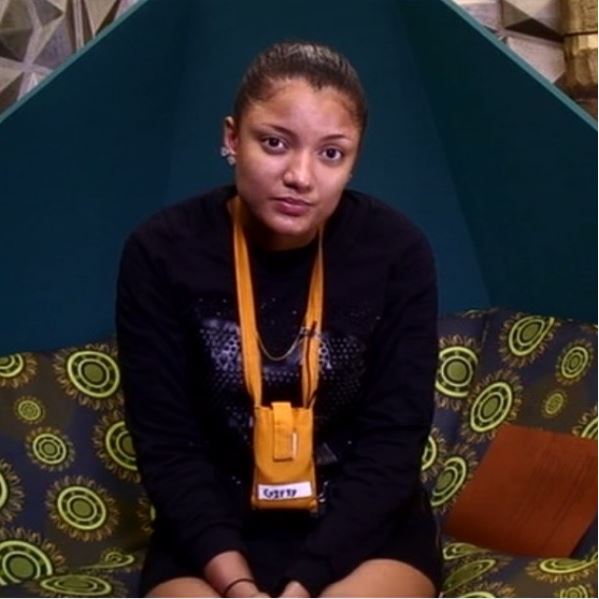 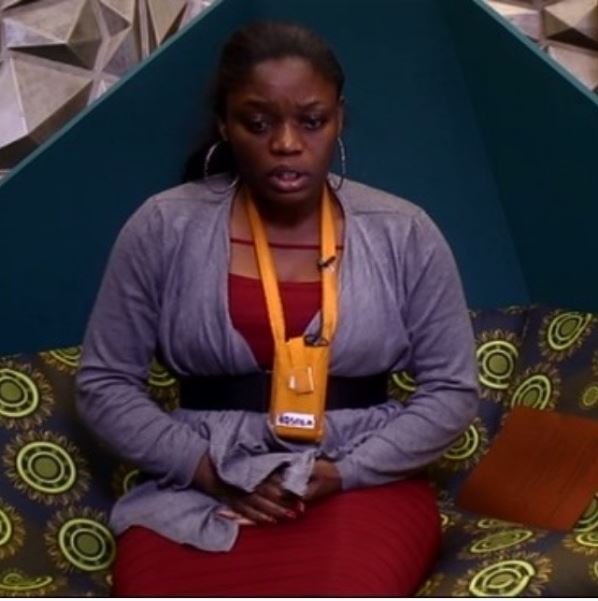 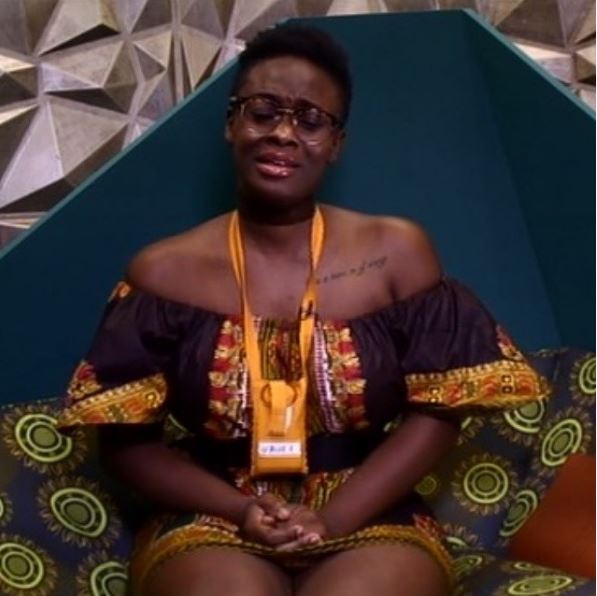 At the end of the night, HoH CocoIce saved Gifty and replaced her with Efe, leaving the three housemates up for nomination as Miyonse, Soma and Efe.

Which of the housemates do you want to see leave?

“Be careful how you close a door, you may need to walk through that same door tomorrow” – E-Money’s Wife has a Few Words for HarrySong