"I empathize with your heartbreak concerning the results of the recent election": Randy Quaid Bashes Meryl Streep over Her Anti-Trump speech at #GoldenGlobes Awards 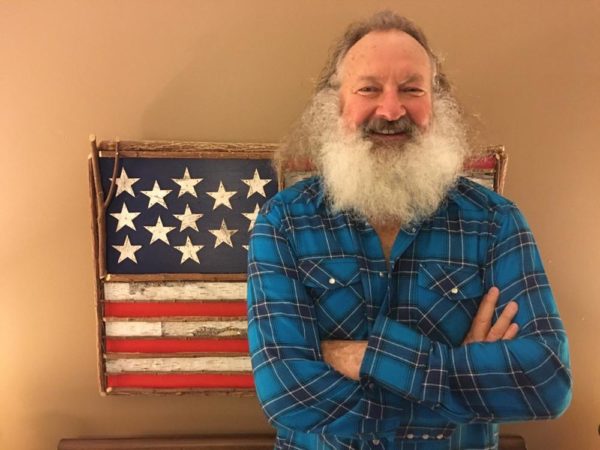 Streep, a staunch Hillary Clinton supporter for the November 8 2016 election, had lashed out at U.S. President-elect, Donald Trump for appearing to mock a disabled New York Times reporter in 2015.

Streep added that Hollywood needs to defend a free press as Trump takes the country’s highest office on January 20 2017.

Quaid poked holes in her arguments about “bullying” and how she is either too inept to see that bullying happens in her industry or she simply disregards it for her argument.

He went on to address the issue with “fake news” harming people’s characters and careers, something Quaid claimed Streep knew nothing about because it has never happened to her.

“The reason you are heartbroken is not because Hillary lost. She was always a lost cause. The reason you’re heartbroken is because you and many other celebrities who share your beliefs realized on November 8th that the corporate media agenda has failed you and you failed it, even as corporate tyranny inversely failed the American people by twisting perception and manipulating public opinion with lies and deception in an attempt to lure voters to the corporate’s candidate,” Quaid said.

Quaid, who had featured in over 90 films and has been nominated for and won may awards, said that he “empathized” with Streep, but he wasn’t going to ignore all the hypocrisies that were in her speech.

Quaid was a staunch Bernie Sanders supporter until Hillary Clinton defeated him in the Democratic Party’s primaries, then he switched allegiance to Donald Trump.

Read the letter, posted by Quaid on his Twitter handle:

I empathize with your heartbreak concerning the results of the recent election. Losing is never easy, especially in the face of certain victory reported by fake news.

But please, you just worked with Hugh Grant, probably the biggest victim and advocate, other than me, concerning false, faked media stories. It’s hard to believe that you never talked to him about the Leveson inquiry in Great Britain that dealt with government / media corruption and its victims. If you did, it seems to have had no effect on you. Thus far you’ve been able to stand outside the harsh reality of what Hugh, Sienna Miller and myself, and many other actors and people have suffered at the hands of false media stories directed at us to promote and profit the corporate agenda. The good news is that the American people have finally found their voice concerning corporate agenda’s control and corruption of our news feeds and political results. As artists, that’s what we all should be celebrating. (The Obama administration squashed a similar inquiry into news media corruption that was intended to cross the pond targeting Rupert Murdoch and News Corp.)

The reason you are heartbroken is not because Hillary lost. She was always a lost cause. The reason you’re heartbroken is because you and many other celebrities who share your beliefs realized on November 8th that the corporate media agenda has failed you and you failed it, even as corporate tyranny inversely failed the American people by twisting perception and manipulating public opinion with lies and deception in an attempt to lure voters to the corporate’s candidate. The biggest shocker, however, was the realization that your collective and individual voices really don’t matter , that the majority of your audience voted against you. Your fans realize that the problems facing this country are big. They realize that it’s all about trust, and the American people don’t like being lied to by NBC and CNN, you or anybody else.

You stated in your speech that “when the powerful use their position to bully others, we all lose.” So true. So why not attack the bullies that run the entertainment news conglomerates. Why not speak in support of their victims. You’ve got bullying galore going on right in front of you, but either you’re pointedly ignoring it or you just don’t have a clue. How nice it must be not to have a breath of fake negative press ever written about you, or lies manufactured against you by dishonest media attacking your character, your spouse, and your career. How warm and fuzzy not to have your home stolen from you by a Warner Bros executive using a forged deed created in the prop house then publicly denigrating and embarrassing you by having you falsely arrested to cover up his crime. How fortunate you are that lucrative contracts have not been cancelled and looted due to the media condemning you with lies and misrepresentations from “anonymous sources”. And I don’t see your passport being illegally revoked by Hillary Clinton’s state department in the service of a corrupt judicial system taking payoffs from Time Warner. When all of these things happened to me, no one in Hollywood, including you, came to my side. Forty years in the business and not one brave soul stepped forward to put in a good word affirming my professionalism and character.

You are fortunate that you have been shielded from this type of muckraking, that executives at studios you’ve made millions for haven’t stolen your home and junk bonded you. You’ve been fluffed your whole career. I know how that goes; it’s great as long as you oblige them, but call them out for stealing and lying and they bring in their news arm along with a detective who also happens to moonlight for TMZ, hired to drum up enough false evidence against you to sustain fake news stories created to destroy you. Or they cast you as the lead in a musical where they falsely accuse you of multiple idiotic acts that are actually the traits of the character you’re playing. Then they publicize their atrocities in the NY Post, telling the world what a depraved creature you are and how the show had to close because of you, when all along your were getting standing ovations at every performance. I truly hope you don’t wake up one day to find fake news blogs accusing you of groping 32 men on a film set like they did my wife.

It’s time Meryl, that you stopped parroting all of that corporate blather about Trump, and spoke the truth; and/or talk with your co-star, Hugh Grant or Sienna Miller. They’ve got horror stories of their own to relate. The American electoral system has spoken louder than anything you could possibly say in your best voice and microphone. Defending the lies of corporate stiffs does not become you; no matter how eloquently you articulate them, the truth will always show you up with the American people.

You have it all: awards, great reviews, fluff pieces falling off the magazine shelves, but if I got praise heaped on me ten stories high 24/7 for everything I did without questioning motive, I too might absorb a crippled viewpoint about myself, my power and its use. And maybe I would question why I was being built up, for what reason do the powers cast me in films reviewed by critics working for those same powers who also produce award shows and promote candidates for the White House.

Personally and professionally, I would be honored to work with you on any project to fix your broken heart through art, and perhaps you can help me to fix mine, and perhaps together we can entertain and fix America’s broken heart.

Is This Really the Truth about “The Millenial Generation”? Simon Sinek on Addiction to Social Media and Filters, Bad Attitude to Work & More