"2Baba, I stand with you and Nigerians on this protest.... I will be part of it" - Gov. Ayo Fayose

Fayose made this known in a series of tweets on Tuesday night. 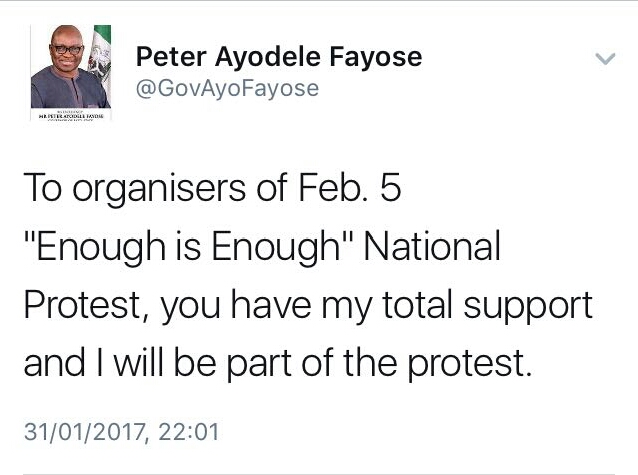 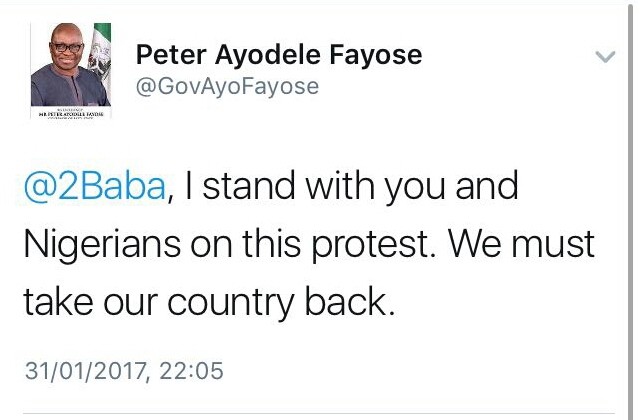 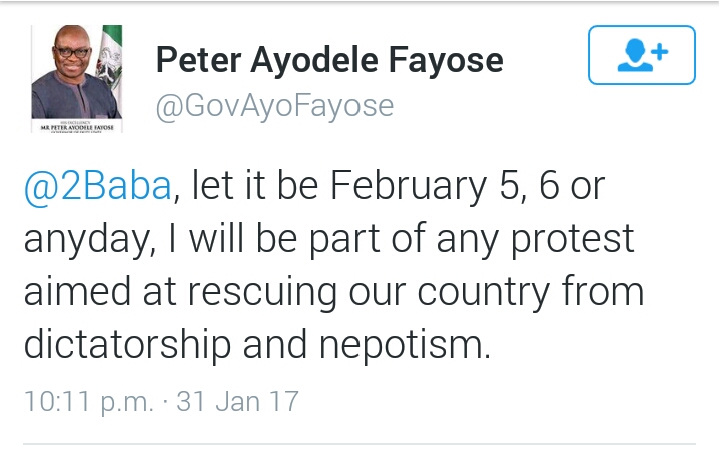 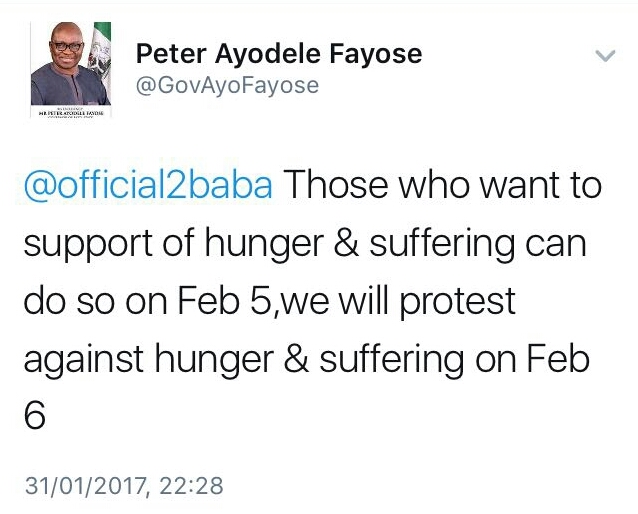 2Baba announced the protest last week, saying that it is aimed at demanding answers from the government over several issues, including the economic recession.

After the announcement, rumours followed that it is politically motivated. One university professor openly called the musician an illiterate.

2Baba has refused to back down and has said that the protest will take place on February 6th from the National Stadium in Surulere, Lagos to the National Theatre in the Iganmu area of Lagos state.

Related Topics:2BabaAyo Fayose
Up Next

Those Protesting Against the Present Administration are either Impatient, Permanent Critics or still in “Election Mode” – Femi Adesina | WATCH