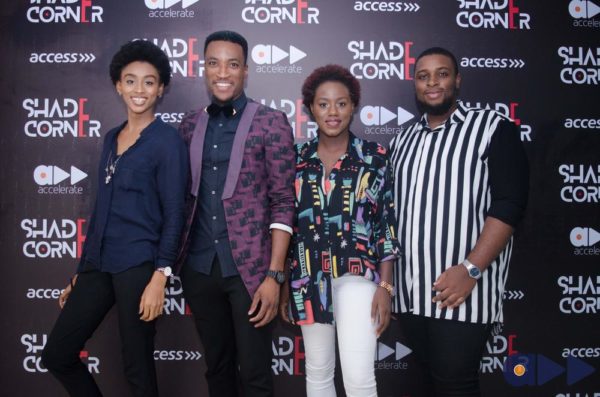 If you missed it, the private viewing session for The Shade Corner which we have talked about in past posts, the brand new show from Accelerate TV held on Thursday the 9th of February. The show premiered on the Accelerate TV Youtube channel on Wednesday the 8th of February and is also available on www.acceleratetv.com.

From our reckoning they had quite the party at the  www.AccelerateTV.com HQ, as the cast of Shade Corner (Akah Bants, Makida Moka, Bayo Oke-Lawal , Noble Ezeala and Camille Shayien) and some of their friends and family came by. Food, booze, great conversation and (of course) the maddest shade was served aplenty, as everyone came together to enjoy an exclusive screening of everyone’s new favorite show.

There were a number of special guests in the house including Bolanle ‘Bolinto’ Olukanni, Denola Grey, Lala Akindoju, Chef Fregz and a few more. They were all treated to the first two episodes of the show (the first of which is already out and you should have totally watched already!) plus a rare sneak peek into what’s in store for the rest of the season (Not to mention yummy popcorn, fresh cocktails, ribs, mini burgers and other tasty treats.

Shade Corner is barely a week old and seems to be gaining ground quickly, with lots of conversations going on about the cast, topics and the show in general under the hashtag #ShadeCorner. The first episode took us all on a hilarious, not so nostalgic trip to the time when Nollywood actors thought they’d try their hands at singing. And the second episode is looking even better as our shade throwers tackle people’s bad behavior on social media (Check it out on www.acceleratetv.com as well as on the Accelerate TV Youtube channel)

Be sure to catch it every Wednesday!

Check out the fun filled photos below: 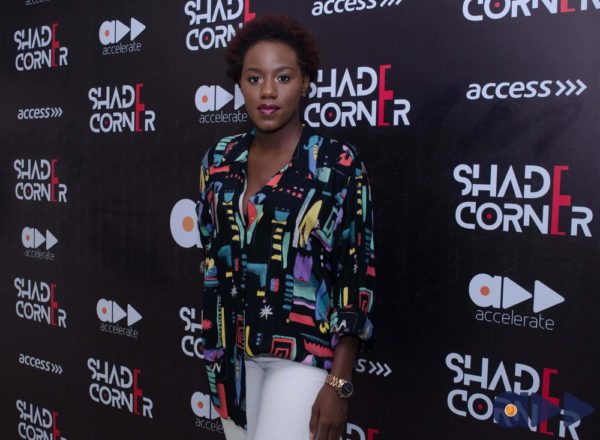 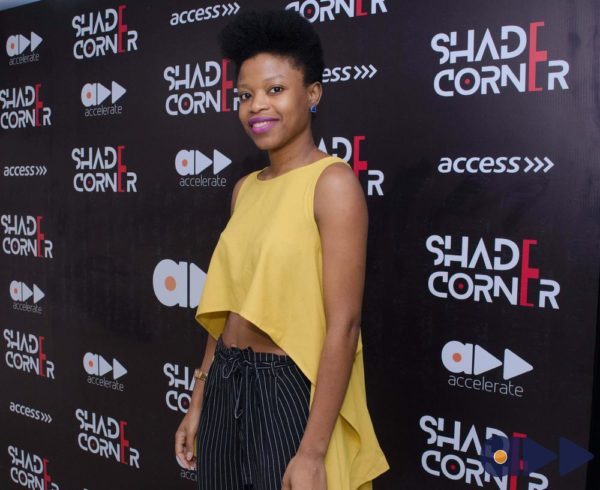 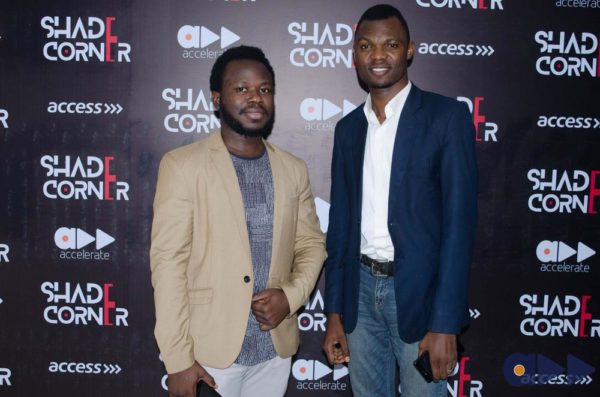 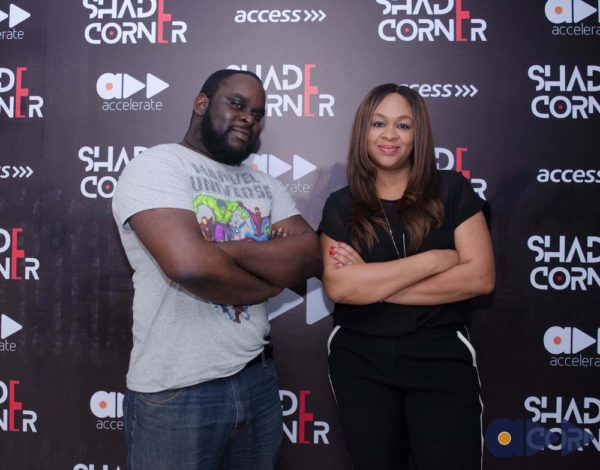 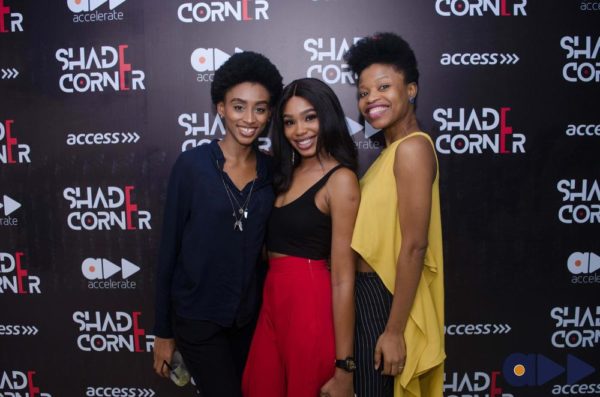 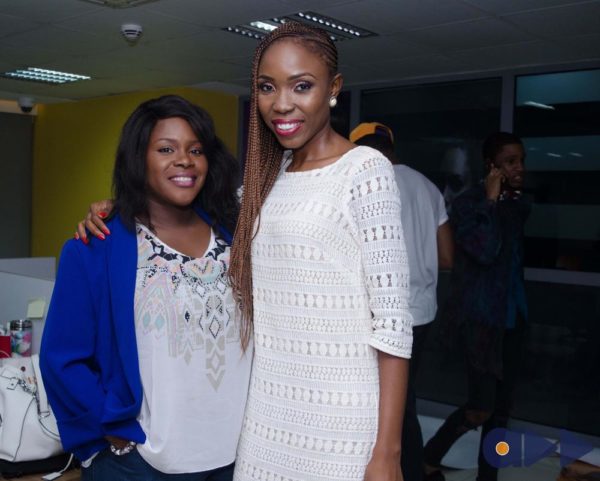 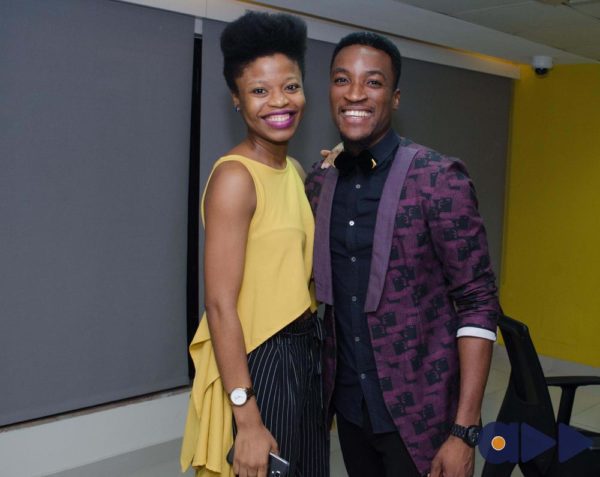 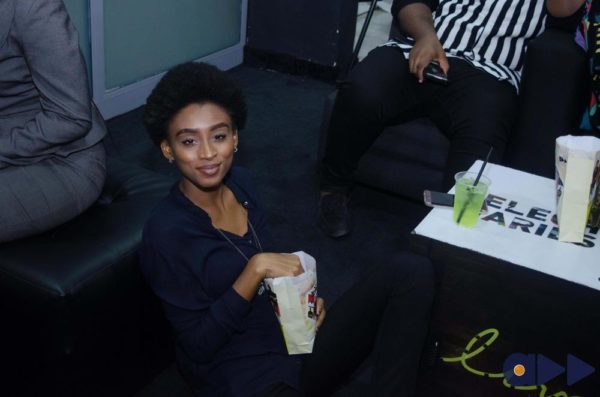 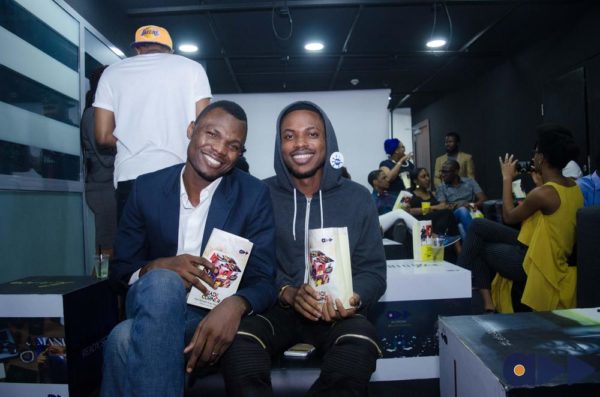 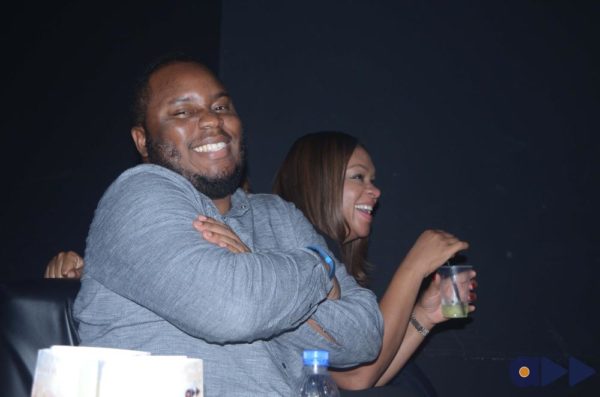 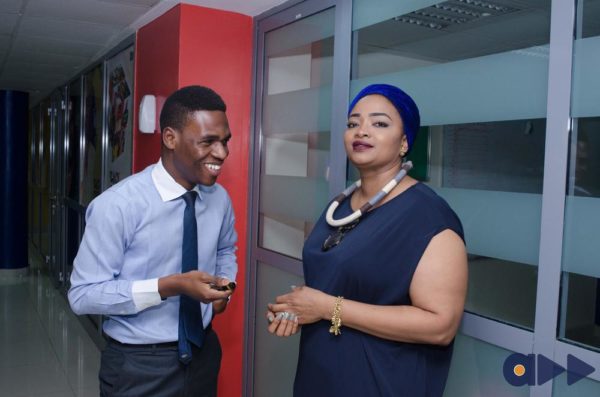 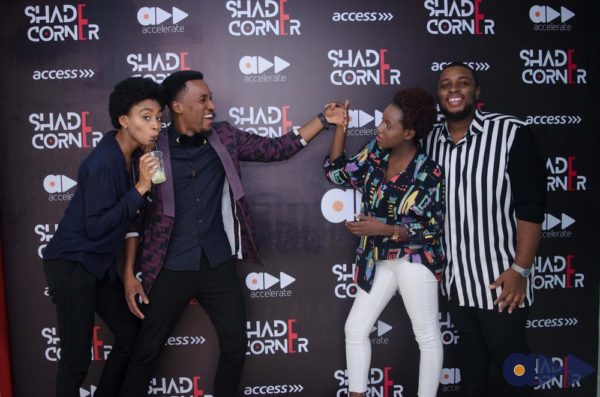 The Shady Bunch with a space for Adebayo Oke-Lawal 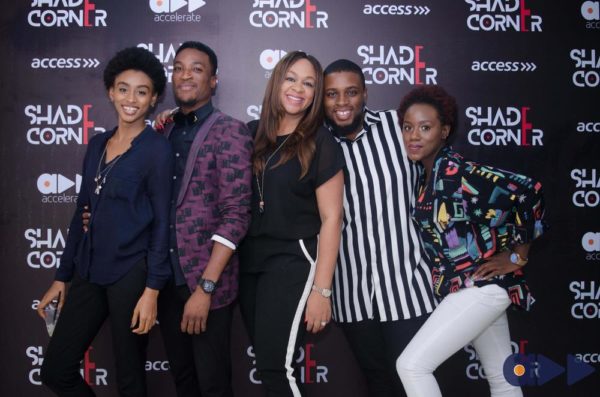 The Shady Bunch with Colette 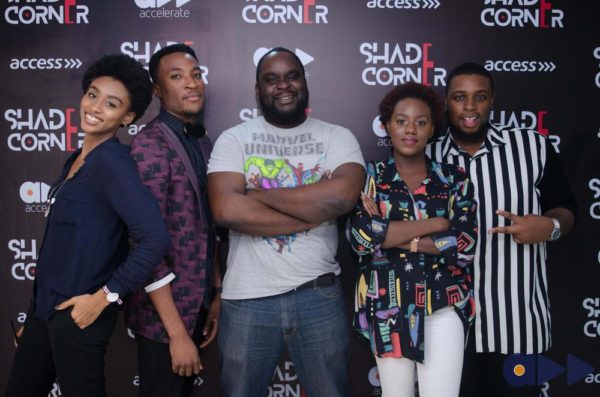 The Shady Bunch and Jite 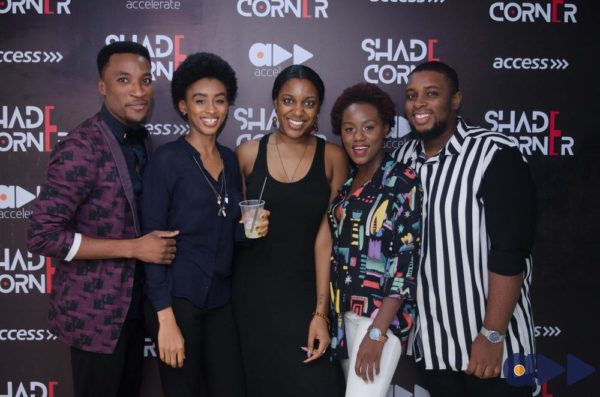 The Shady Bunch and Tamara Aihie 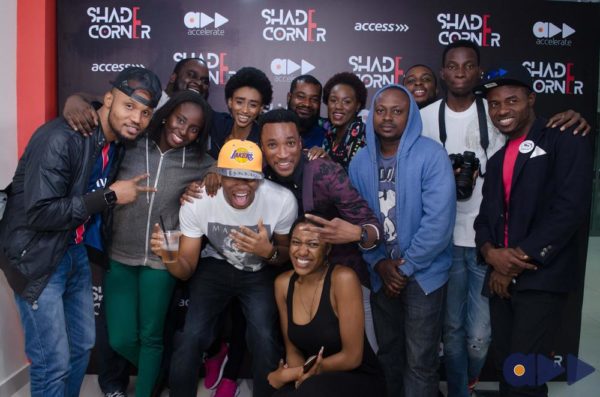 The Shady bunch and the Accelerate Team 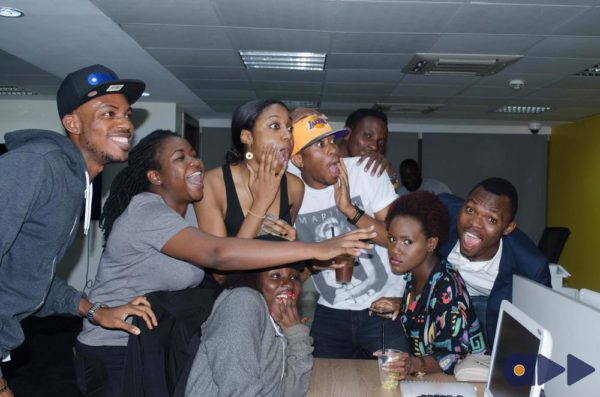 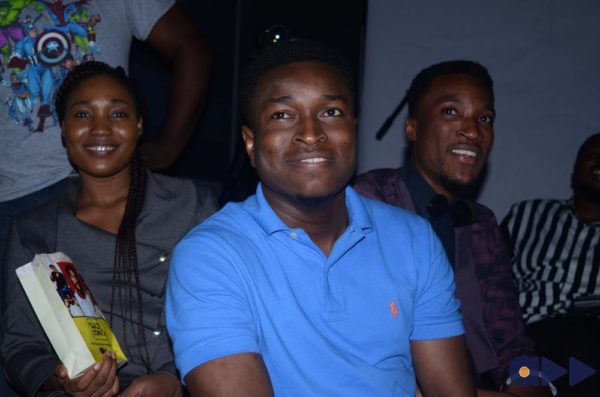 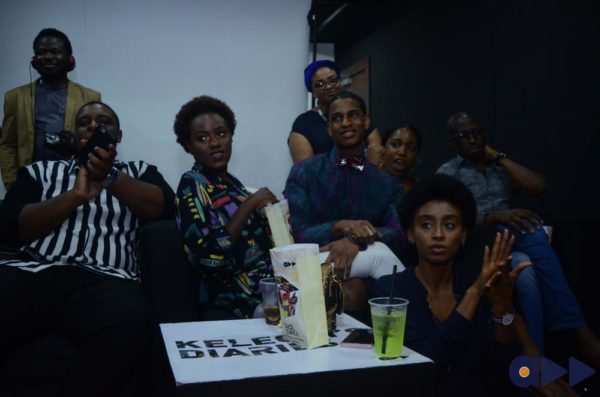 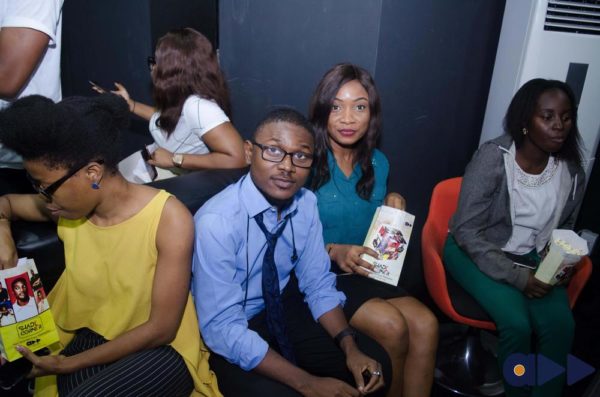 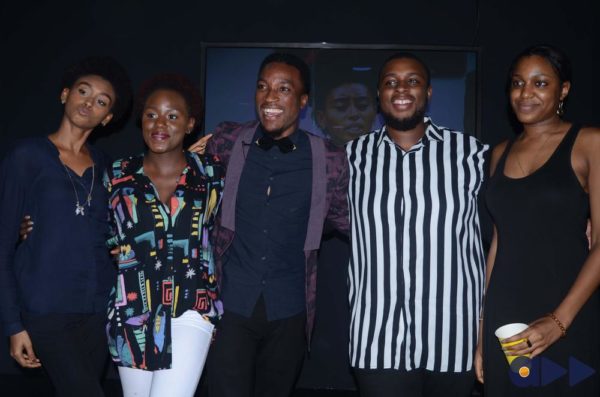 The Shady Bunch take a bow 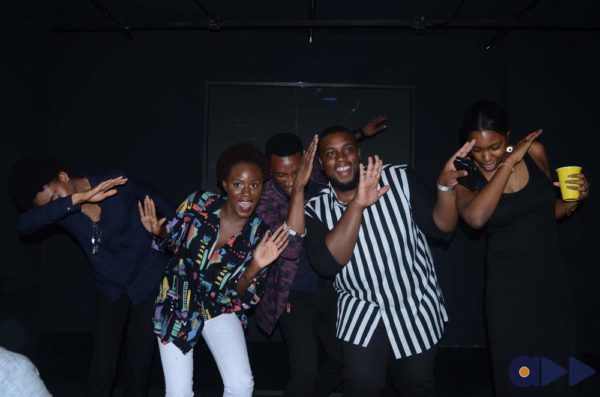 It’s Time to Chill with Your Squad at the Official Launch of The Grill Lounge by Club 57 | Saturday, February 18th