"Would you pay N10,000 for tickets if Chris Rock comes to Lagos?" - Basketmouth hints at bringing the top Comedian to Nigeria 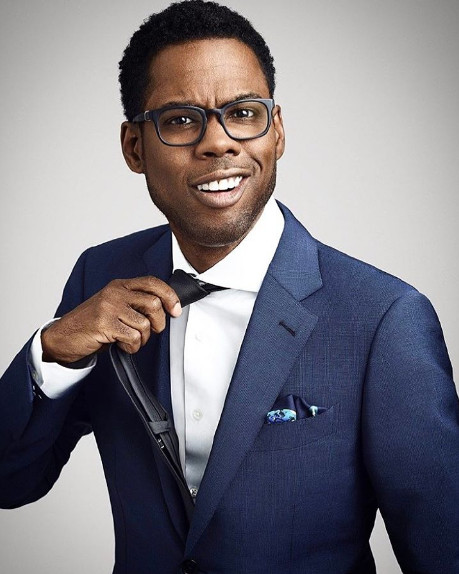 Foremost Nigerian comedian, Bright Okpocha also known as Basketmouth has dropped a hint for his fans on bringing top American comedian, Chris Rock to perform in Lagos in June this year. He posted a photo of Chris captioning it thus:

This has led fans to speculate if he indeed has plans of bringing the world renowned comedian to perform in Lagos.

Basketmouth’s Lord of The Ribs US tour with Bovi is slated for July 2017 but he might be having plans for a pre-show in Lagos. So, will you pay N10,000 if Chris Rock comes to Lagos? 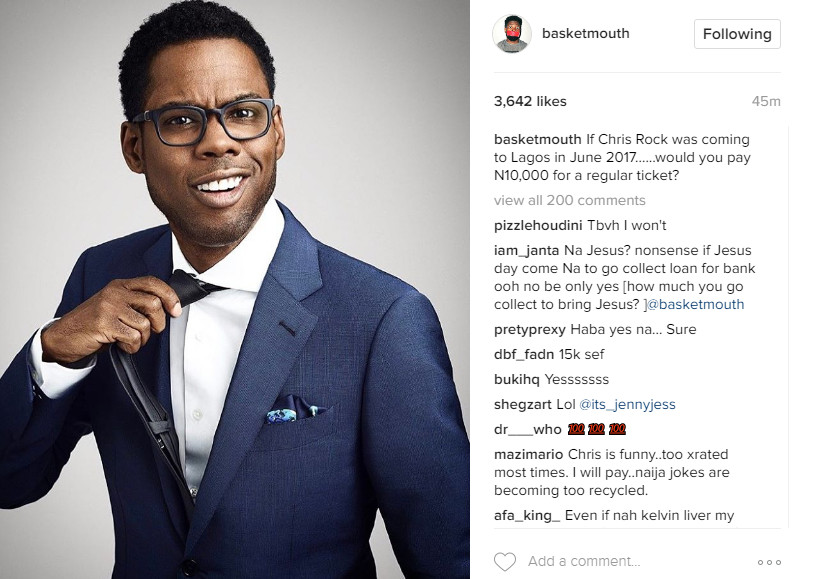 “No marriage is perfect but mine was based on Gross Lies, Deceit, Scam & many more Darkness” – Tonto Dikeh speaks on her Marriage