Future is the cover star of Billboard magazine’s latest issue and in the magazine the 33-year-old rapper is opening up even more about his split from ex-fiancé Ciara! 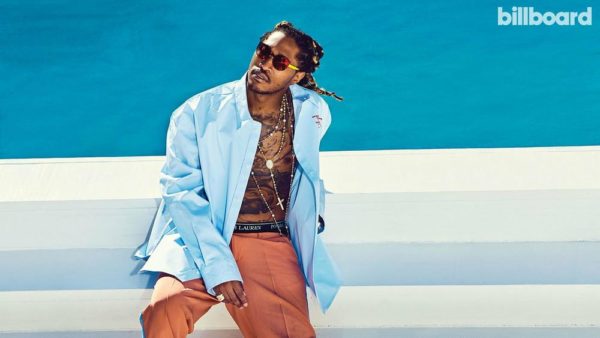 Here’s what he had to share with the mag:

On dealing with his past relationship with Ciara: “I feel like everything happened for a reason. I’m happy with life now. I’m happy with life, period, even with the end of a ­relationship being… I’m just not going to settle for anything, you know? Even in my life now, I know I can be a better person. I ain’t giving up on myself, so if you give up on me, I ain’t got nothing else to say for you. Because if you give up on ­something that’s real, it wasn’t real to you.”

On Donald Trump: “I ain’t even rocking with that shit, you dig what I’m saying? I don’t even want that name in my interview.”

For more from Future, visit Billboard.com!

Related Topics:FutureMagazine Cover
Up Next

New Music: Rayce – One For Me