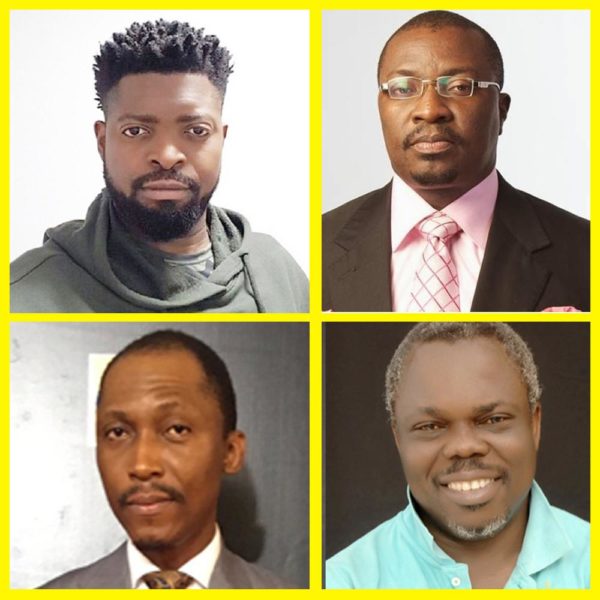 Some of Nigeria’s leading comedians have signed up for the fifth edition of Nigerian entertainment conference. Now in its fifth year, NECLive is the umbrella conference for the entertainment industry in Nigeria, providing an opportunity for strategic discussions, and a marketplace for ideas, products and services.

The organisers say this year’s edition will focus on how Nigerian entertainment, and indeed entertainment from Africa is finding renewed favour with fans at home, and all over the world.

In 2016, Nollywood movies surpassed Hollywood and Bollywood in cinema earnings and the share of customer voice in Nigeria. Nigerian music finally went global, riding on the back of our peculiar pop music, and nomadic musicians. The world’s attention has understandably shifted to Africa with funders, labels, producers, and awards looking to play within the region. Nigeria is at the fore of this new wave, but places like Kenya, South Africa, Tanzania and Ghana are equally well positioned.

Has the time come for Africa to provide entertainment for the major percentage of the world’s 7 billion people? They say we tell a different kind of story in Africa; we have a rare, peculiar sound. And they’re buying it from America to London and Singapore. Back home, the booming youth populations are also more interested in local content like never before. From Iroko to Mavin and Africa Magic, the numbers show audiences on the continent are increasingly embracing our creativity; millions are choosing their own local entertainment over the imported.

But the diverse entertainment industries are still struggling. The structure to rip the dividend of the boom continues to lie comatose. From weak government policies to unsustainable business models, it appears we have plenty work to do if we are to benefit from what’s coming in significant ways. It could indeed be time for Africa. But what does this mean for the industry players? What do we need to know? To do? And how can we make sure we do not collectively miss this opportunity?

One of the industries leading that change is comedy and NECLive5 will feature some of the most important players in the sector, from pathfinders Ali Baba and Opa Williams, to trailblazers like Basketmouth, Basorge Tariah, Tee A, Frank Donga, and Teju Babyface. This year will feature a workshop on comedy, featuring established and fast rising acts.

Happening just a month before the recently announced Eko Comedy Festival, NECLive is placing a well-deserved attention to an industry best described, just like Nollywood, as a rose that grew out of concrete.

‘Our comedians are superstars everywhere. From Mr. Ibu to Aki n Paw Paw, Bovi, I Go Dye, Baba Suwe, Basketmouth, Ali Baba, Tee A, Okon, Gbenga Adeyinka, Julius Agwu and Gandoki. They’ve carved out a sub-industry, groomed it, expanded it, and exported it with little support from government or organisations. They’ve dominated stand-up, TV, music, and now they’re redefining home entertainment through what the likes of AY, Kayode Peters, Bunmi Davies and others are doing in Nollywood.  It’s time to revisit how it all started, discuss what their individual and collective successes mean for the rest of the industry and our continent, take lessons from what’s worked and what’s not, and design a path to a good future’, conference founder Ayeni Adekunle said.

The conference will be hosted by Tee A, for the fifth year running.