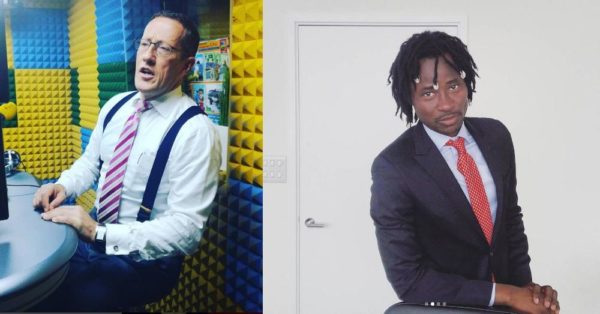 CNN‘s Richard Quest is in Nigeria and according to him, he is “here for a week of filming and doing Quest Means Business.”

Gay rights activist Bisi Alimi, in a post on Instagram called Nigerians hypocrites for giving him a “hero’s welcome” even though he’s openly gay.

He shared the photo below with the caption:

So I heard Richard Quest is in Nigeria and as usual, my people are drooling over him. These are the same Nigerians that will not allow an openly gay person on their screen, or even give one a job. What is different about Richard Quest that makes his homosexuality harmless but my homosexuality as a Nigeria scary and threatening? Is it that my people think my homosexuality is in some way earth destroying but that is Richard comforting or as a people we just lack pure emotional intelligence to appreciate our own? My heart bleeds for Nigeria, it does make me cry for my LGBT brothers and sisters.

Ooni of Ife Impersonator Confesses to Defrauding 2 U.S.-based Nigerian Women who Wanted to be his “Queen”