"How can you steal so much from a country & still eat, sleep & probably pray at night?" - Stephanie Coker-Aderinokun on EFCC's Latest Discovery 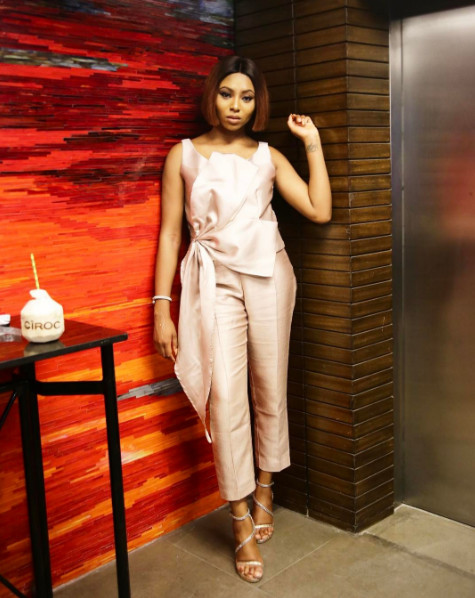 Media Personality Stephanie Coker-Aderinokun, in a series of tweets shared her thoughts on the recent discovery of $43.4m, 27,800 Pounds and N23.2m by operatives of the Economic and Financial Crimes Commission (EFCC).

Muazu had refuted the allegations but Etco Nigeria Limited, a construction firm partly owned by an Israeli company, Electrical Limited who said on its website that it built the house, named Muazu as the client.

Sahara Reporters has however backtracked, saying that the apartment raided belongs to PDP Chieftain Anthony Anenih‘s daughter. It added that the ex NNPC MD lives in another apartment in the same building, not the one raided.

“With the amount of money being recovered by (EFCC) if we all became whistleblowers we would probably eradicate poverty in Nigeria,” Stephanie said. 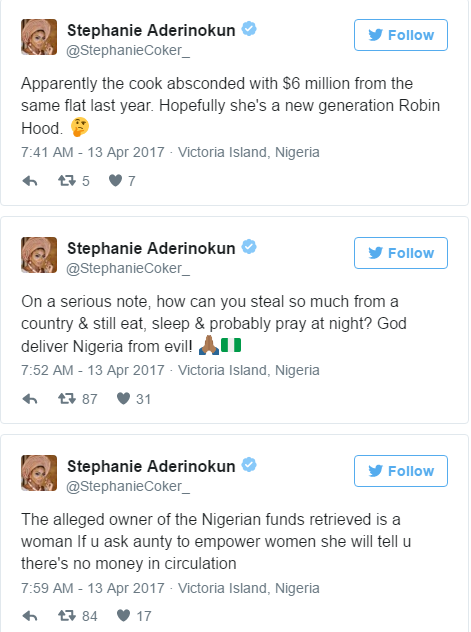 BellaNaijarians! We’re Giving Away TWO VVIP Tickets to the AY Live Comedy Show Happening This Easter Sunday | Find Out How You Can Win