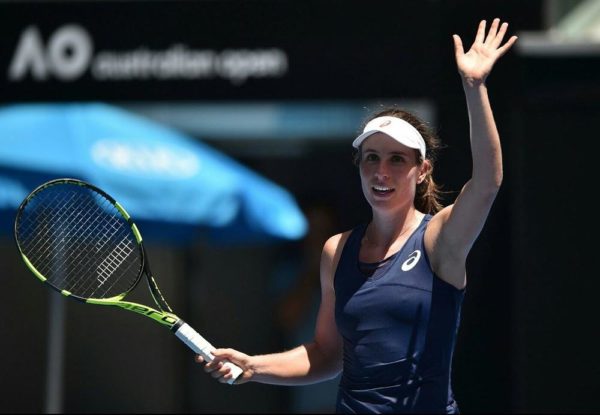 Johanna Konta became the first British woman to win the Miami open after claiming victory against Caroline Wozniacki. This unarguably is the biggest title of her career.

As at June 2015, she ranked 146th and has been on the rise ever after. Following the victory at Miami Open, she climbed up to 7th from 11th in the ranking which is her highest ever.

The British number one overpowered her Danish opponent, a former world number one 6-4 6-3.

Apart from the trophy won, which is her third WTA Tour success, she will also take home £940,000 in prize money.

Konta won her first WTA title in July 2016 at the Bank of the West Classic, was defeated in the China Open final in October 2016 and in January triumphed at the Sydney International without dropping a set.

The last time Konta, 25, and Wozniacki, 26, met was at the third round of this year’s Australian Open, a match Konta won in straight sets. However, this will go into record as her first success at a higher level.

“Thank you so much to the crowd,” Konta said.

“You guys were incredible through the whole week. Miami is such an energetic city and you guys really bring that to the court.”

“My whole team – thank you so much, we’re having a great time working hard and I’m looking forward to continuing to do so.”

Wozniacki reached her career-high ranking of world number one in October 2010, and victory in Miami would have been her first at this level since Indian Wells in 2011.

But defeat to Elina Svitolina in the Dubai Championships and Karolina Pliskova in the Qatar Open means this will be her third final defeat of 2017.

“Jo, you played really well today,” Wozniacki said. “You were the better player and deserved to win. I’m hoping third time lucky [against Konta]. We’ll play another time and I’ll try my best to win. I was hoping it would be third final lucky this year, but I’ll have to go for a fourth.”