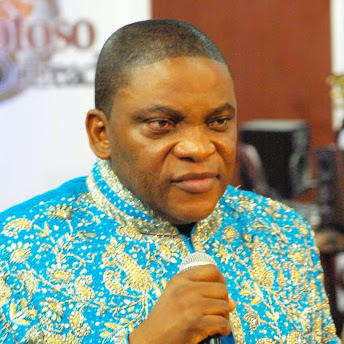 South African police has arrested on Tim Omotoso, 58, the senior pastor of the Jesus Dominion International, an interdenominational ministry, based in Durban.

He was arrested on Thursday at Port Elizabeth airport shortly after his flight landed.

He was accused of luring young girls into his bedroom and molesting them.

According to South African Broadcasting Corporation 3 (SABC3)’s Special Assignment, Omotoso allegedly handpicked the girls (about 30 of them) and instructed them to live in his house where they were forced to have unprotected sex with him.

Port Elizabeth Magistrate’s Court on Friday postponed the case to May 3rd and ordered his remand in prison.

Earlier on Friday, protesters gathered outside the courtroom, calling for him to be denied bail.

A small group of protesters have gathered outside the Port Elizabeth Magistrate’s Court ahead of the appearance of pastor #TimOmotoso pic.twitter.com/vT96kpmjkh

Related Topics:south africa
Up Next

Do not Execute Rev. King and Other Prisoners on Death Row – Femi Falana tells Governor Ambode