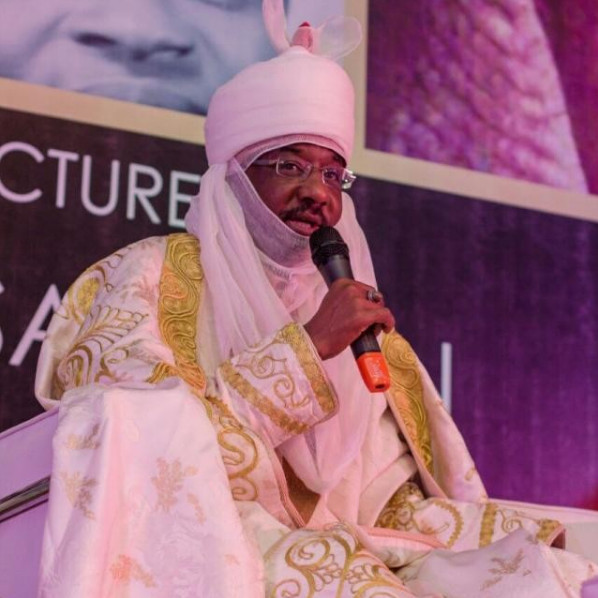 Emir of Kano, Muhammadu Sanusi II, in an Instagram post on Monday said that the use of religion in politics is nothing short of deception.

Using, Zamfara state as an example, the Emir said that despite starting Sharia Law in 1999, the state is the one with the highest poverty rate in Nigeria.

Sanusi had earlier lambasted Governor Abdulaziz Yari for saying that the recent cerebrospinal meningitis outbreak in the country is God’s punishment for fornication.

Sanusi said that the statement is “Islamically incorrect”.

Yari, in an interview also responded to Sanusi saying: “I stand by my words that if people do not change, God will not change for them. Therefore, I will answer the Emir perfectly and give him the Quran content of the Hadith where I belong to and where I have my fact.”

Zamfara’s high poverty rate despite starting Sharia law in 1999 is an example of how religion cannot necessarily work in politics.

Those playing the religious card in politics are not better than everyone else. Just because it is a democracy however, people who play the religious game to get into politics still have to be given a chance. Religion should not be used as a means of acquiring power because it never brings good results. Zamfara state which has the highest level of poverty in Nigeria despite being the first one to start the implementation of Sharia law in the country in 1999.

I think the ability to give these groups a chance, you know people come and say they want to establish Islamic law, and they are elected. Give them four years, after sometime people find out that they have not improved education, they have not put food on the table, they’ve not provided healthcare, they vote them out.

So long as you don’t give them a chance to try and succeed or fail, you have a myth of people being denied an alternative, that would make their lives better. I think the mistake that many people make is that they simply don’t have the patience to wait four years.

We have had it in Nigeria; people came and said they were implementing Sharia. It’s a matter of time for people to realise that this is all deception, this is all politics, this is not religion; it is about politicians appropriating religion as a discourse for getting into power.

Looking for Ways to Engage your Kids this Easter? Come Have Fun with them at the Easter Egg Hunt & Fun Fair | Monday, April 17th