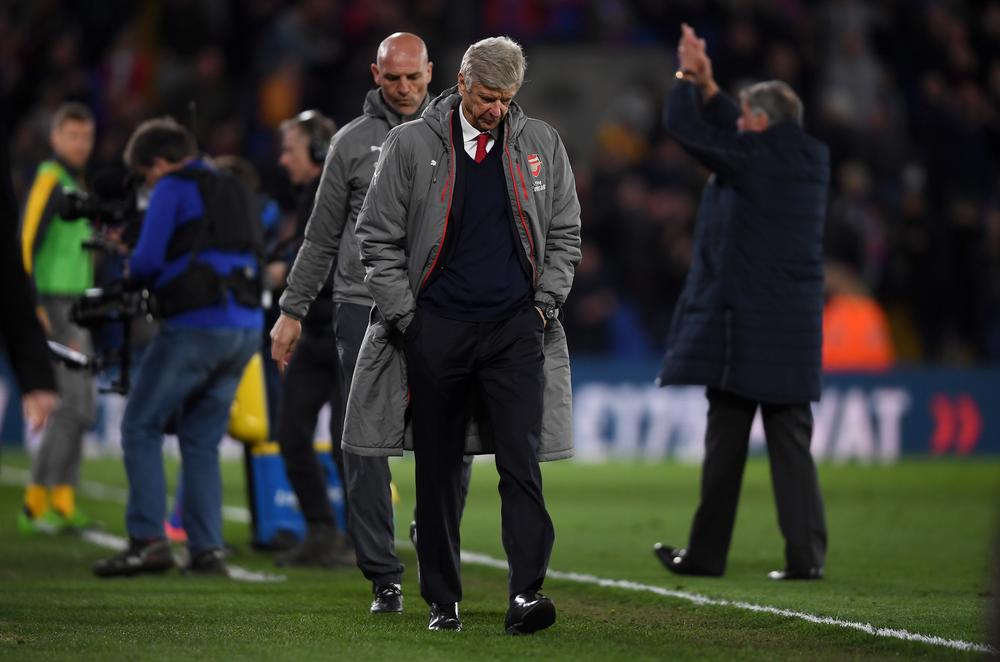 Arsenal failed to qualify for the UEFA Champions League for the first time in 20 years in spite of winning on the final day of the 2016/17 English Premier League.

The Gunners began the day on Sunday a point behind fourth-place Liverpool and were on course to displace the Reds when they took an eighth-minute lead against Everton before winning 3-1.

But Liverpool, needing a win to ensure fourth, broke Middlesbrough’s resistance just before the break, and won 3-0 at Anfield.

Arsenal’s remarkable run of qualifying for the UEFA Champions League in 19 consecutive seasons came to its widely anticipated end on Sunday.

Hope had grown among the home support when Hector Bellerin gave them an early lead and news was that Liverpool were struggling against the relegated Middlesbrough.

“It is annoying but we had a spell during the season that was difficult and it was difficult for me in my personal situation. We were playing in a hostile environment. The players came back stronger in the last two months and I’m very proud of them for doing that,’’ Arsenal’s manager Arsene Wenger said in the end.

Liverpool will be playing in the Champions League for the first time since the 2014-15 season, and truly deserved this on the basis of the effort.

Liverpool suffered from early nerves at Anfield before Wijnaldum’s opener on the stroke of half-time eased the tension.

Philippe Coutinho added a second after the break with a free-kick, and Adam Lallana slotted in to make it 3-0.

“We’ve had bigger games, but this was the game of the season though. We had this pressure but we are Liverpool and have to deliver. Everyone knows where we missed out on points, but we will improve. A club like Liverpool needs to be in the Champions League. However, I’m proud of the players. We work a lot. We are closer together. We have to build together,’’ Jurgen Klopp, Liverpool’s manager, said in reaction.

Manchester City on their part sealed third spot and automatic qualification for the Champions League group stage with an emphatic 5-0 win at Watford.

Pep Guardiola’s side required only a point to secure a top-four place, but instead of sitting back went about dismantling their opponents.

Sergio Aguero scored twice, after Vincent Kompany’s opener, with Fernandinho and Gabriel Jesus also getting on the scoresheet.

Chelsea, Tottenham, Manchester City and Liverpool, in that order, picked the Champions League spots in England, while Hull, Middlesbrough and Sunderland were relegated.