Breeze FM 99.9, the first private radio station in Nasarawa was on Saturday afternoon demolished by the state government and residents took to social media to condemn the action.

The building was commissioned by the state governor Tanko Al-Makura in March 2017.

Facebook user Elizabeth Odeh explained that the Radio station was demolished for speaking against the non-payment of salaries in the state for 5 months. She wrote:

Corroborating the story, another Facebook user Mbumburen Silas Ismaila insisted that the station was demolished illegally for speaking the truth in the face of tyranny and nepotism. He wrote:

Keeping quiet in the face of injustice is a total support for the injustice. We must lend out voices.. . A wrong is a wrong…
A striking ministry carrying out demolition, like seriously?
The highest level of tyranny and nepotism, if u criticize the government on their ills, u come under attack…
A state where striking and peacefully protesting workers gets shot to death for fighting for their rights,
Schools on strike, ministries on strike, nothing else works,
Now a private radio house demolished illegally for speaking truth. You can attack truth, but it can never be shut down permanently, truth is a seed that’s been planted already, it shall always grow.
The masses must all rise to the occasion of saying the truth, he cannot kill us all, we shall speak when need be. .
Istandwiththetruth….
Istandwiththemasses….
Truth shall prevail….
The lawlessness must end some day… We praying on it….

On its part, the Nigeria Union of Journalists (NUJ) Nasarawa State Chapter has condemned the demolition of Breeze FM 99.9, radio station in Lafia. The union described the action carried out by the state government, as “an assault on the media and threat to freedom of the press in the state.’’ The state chairman of the NUJ, Dogo Shamah, made the statement while addressing newsmen shortly after officials of Nasarawa Urban Development Board (NUDB) demolished the radio house. Shamah said:

It is an unfortunate development that in a democratic setting, somebody will demolish a radio station serving the common people. The government needed to accept that there must avenue for people to air their views. It was the same government that commissioned the station; for the government to come up with violation papers is mere excuse. This is an assault on journalists in the state; the government is trying to gag the press and stop people from getting balanced reportage. We will not tolerate this kind of action, and we will call on the national secretariat to take action. We want government to appreciate the role of the media and know that there can be no democracy without the media

The News Agency of Nigeria (NAN) reports that Breeze FM 99.9, the first privately owned media outfit in the state, was recently commissioned by Gov. Umaru Al-Makura. However, on May 12, barely two months after the commissioning, NUDB issued the management of the station with quit notice over allegations that the original plan of the structure had been violated. Despite explanations given by the management of the station, the board notified it on Friday that the demolition would be carried out on Saturday.
See more photos below: 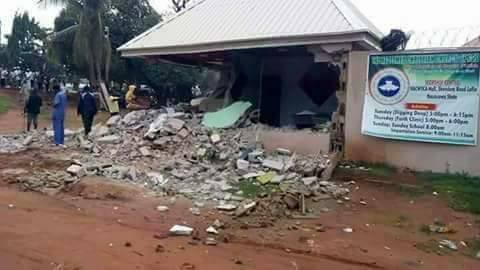 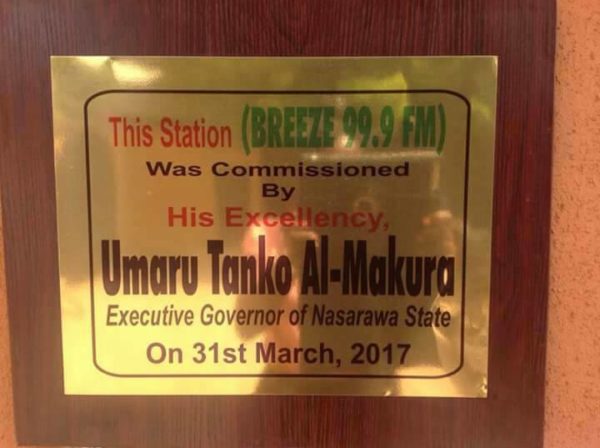