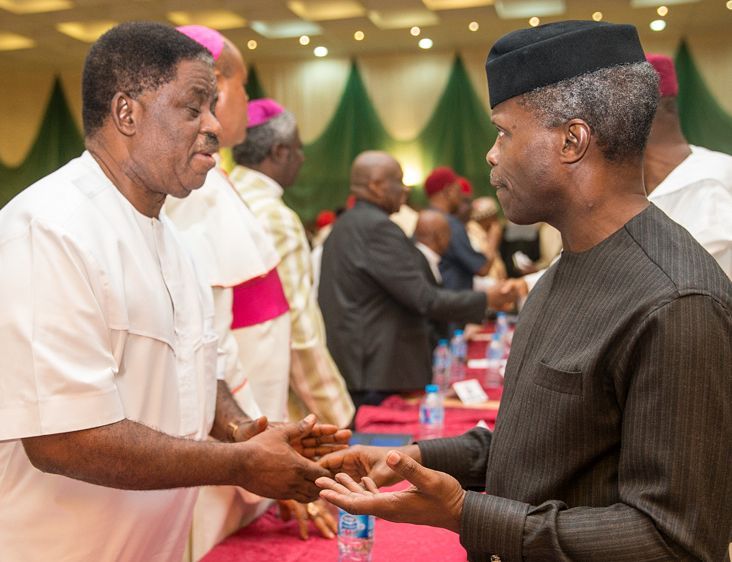 Acting President Yemi Osinbajo on Wednesday met with South East Governors and other leaders of thought from the region and urged them not to be tempted into a tit-for-tat scenario amid hate speeches across the country.

At the meeting which held at the old Banquet Hall, Presidential Villa, Abuja, Osinbajo urged the leaders to always speak out against hate speeches and comments capable of polarizing the country along ethnic, sectional and religious lines.

He stated that the meeting was “very urgent and crucial’’ because of the current loud voices of hate speeches and divisive comments resonating across the country, stressing that the situation required urgent attention from all concerned.

According to him, this is not the time to hide under any ethnic or religious platform to support comments that divide rather than unite us as a nation.

“Violence and war are not going to do anyone any good. Wars today hardly ends. No one who has seen the face of wars even on Television who wish it for anyone.

“We should not tolerate hate speeches or divisive comments.’’ 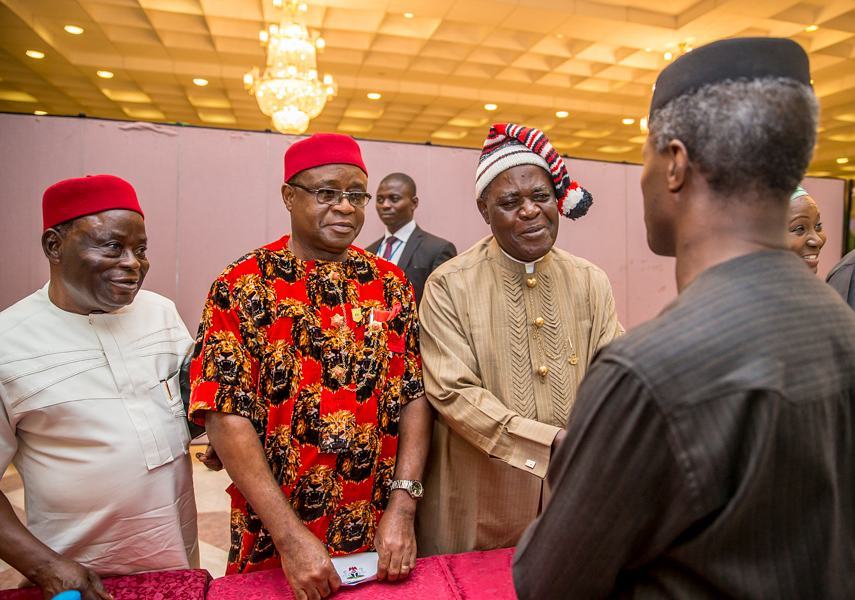 The acting president reiterated the Federal Government’s resolve to deal with any troublemaker who threatens the peaceful coexistence of Nigeria.

He said:“There is no doubt on the resolve of the government to allow anyone get away with hate speeches and divisive words.

“Our emotion should not be allowed to run wide so as to threaten the existence of anyone anywhere in Nigeria.

“We will do everything within our power to protect the lives of every citizen anywhere and in any part of the country.’’

He thanked the leaders for their prompt response to the consultative meeting.

The Acting President on Tuesday began consultations with leaders of thought from the North and warned that the government would deal decisively with persons who make hate speeches or attempt to disrupt the peace of the country.

The meeting was a sequel to the calls for secession by youth from different ethnic groups in the country resulting in some asking others to vacate their enclave before Oct. 1.

The Acting President noted that that was not what the country desired at this time and urged those involved to desist or face the full weight of law. 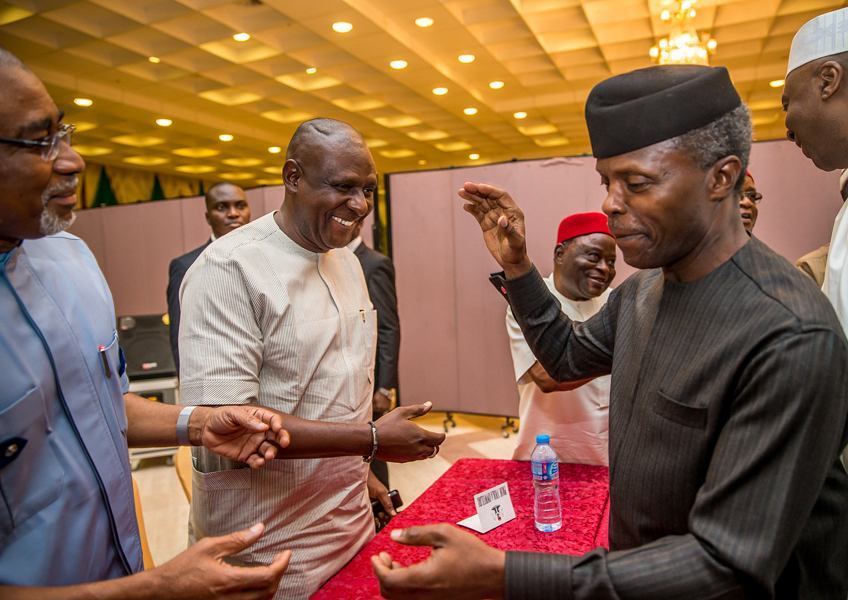