Did Kim Kardashian Make a Shady Move on Jackie Aina because of her KKW Beauty Review? 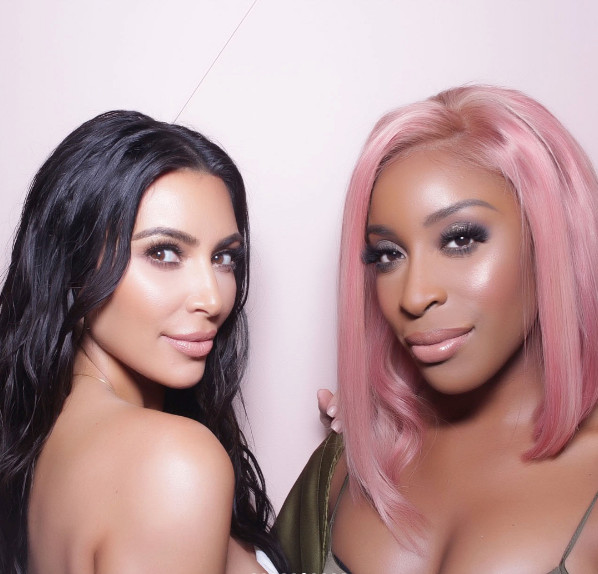 With over 1.5million subscribers on YouTube, Jackie is known for her honest reviews on products especially when it has to do with women of colour, you can always count on the vlogger to say it as it is and not sugar coat.

Unfortunately, the internet seems to think Kim has an issue with Jackie’s KKW BEAUTY review as the mum posted pictures from the event and tagged everyone except Jackie. Jackie who is not a stranger to controversy herself, took to Instagram live to address the issue;

I just gave some really constructive feedback about the product. I didn’t glorify the product in my review, but I also didn’t bash it. Kim puts up a picture on Instagram of everyone who came to the launch, literally everybody who came to the launch and tagged everyone but me. Is it shadier to not put up a picture at all, or to put the picture up and to not tag the one person? She knew what she was doing. Did I think it was shady? Absolutely. Was it worth attacking her? Not necessarily.

Kim and her team have not addressed the issue. Although, she has untagged all the pictures from that event.

Do you think it was an honest mistake or was Kim being a little petty?

“I don’t think my story is over yet”! Serena Williams Covers Vanity Fair’s August 2017 Issue