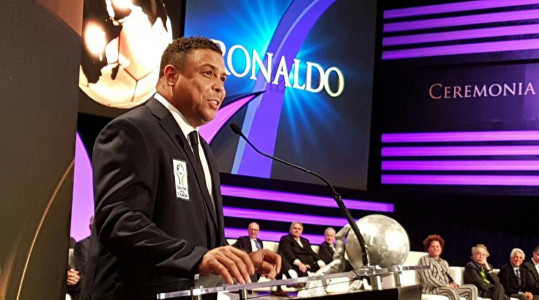 Former Brazil and Real Madrid striker Ronaldo will return to the Santiago Bernabeu pitch for the first time in a decade to take part in Sunday’s charity legends match against Roma.

The 40-year-old recently returned to the Madrid fold as an official club ambassador and will play alongside former teammates including Raul Gonzalez, Luis Figo and Roberto Carlos and others.

Ronaldo won the Ballon d’Or in 2002 and has scored 105 goals in 185 games for Madrid between 2002 and 2007, winning two La Liga titles, the Intercontinental Cup and Spanish Super Cup.

The “Heartbeats for Africa” charity match is organised by Madrid’s Foundation with the aim of raising money to fund 41 projects in 29 countries in Africa.

Raul’s appearance in Sunday’s game is seen as a step toward him taking up a new role at the club.

Raul, La Liga’s current country manager for the United States, told El Transistor that he had agreed a return in an undefined off-pitch role.

“I have already signed with them, and I am happy to be with this club. I will be close to the directors, learning things, and getting to know the club from inside. After seven years away, returning to Real Madrid is my dream.” He said.