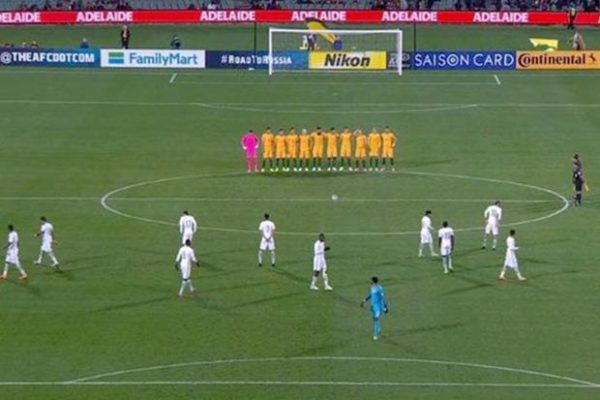 The Australian Football Federation (FFA) said Saudi Arabia declined to participate in a minute’s silence to honour the victims of last weekend’s London attack before their World Cup qualifier on Thursday.

The 11 Australia players on the pitch lined up at the centre circle with arms on their teammates’ shoulders when the stadium announcer called for a minute’s silence to reflect on Saturday’s attack, in which two Australians were among the eight people killed.

Their opponents, however, stayed away from each other, leaving questions to whether the Saudis were aware of the plan or were purposely ignoring the gesture.

FFA, however, claimed after the match that the Saudis both knew about and agreed to the plan but declined to participate.

According to ESPN, neither the AFC nor the Saudi federation released a statement in response,

Australia ended up winning the match 3-2, leaving them and Saudi Arabia level at 16 points in their qualifying group. Japan also have 16 points but have a game in hand.

18 Inmates Released After Spending Over 30 Years in Kirikiri Prison