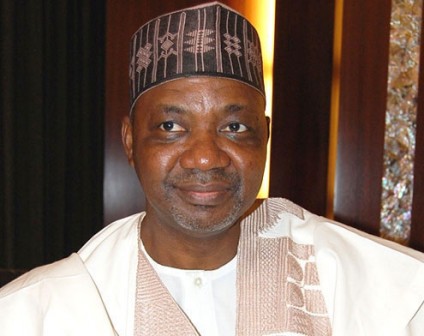 A team of security operatives made up of policemen, agents of the Department of State Services (DSS), and agents of the Independent Corrupt Practices and other related Offences Commission on Wednesday raided the house of former Vice-President Namadi Sambo in Kaduna.

According to an eyewitness who spoke to Punch, the operatives arrived at the residence around 3pm and cordoned off the road, pointing guns and threatening to shoot anyone who disobeyed.

“They pointed their guns at everyone, threatening to shoot anyone who dared to cause trouble. They came at about 3pm and left around 5pm,” the eyewitness said.

“This is not the first time they are searching the house. They have searched the house on numerous occasions. Today (Wednesday), they came with a court order and gave a copy of the court order to the CSO (Chief Security Officer) in the house.

“After they concluded the search, they wrote at the back page of the court order that they gave to the CSO that they didn’t find anything and they left. So, we are not surprised because it has now become a routine,” he said.