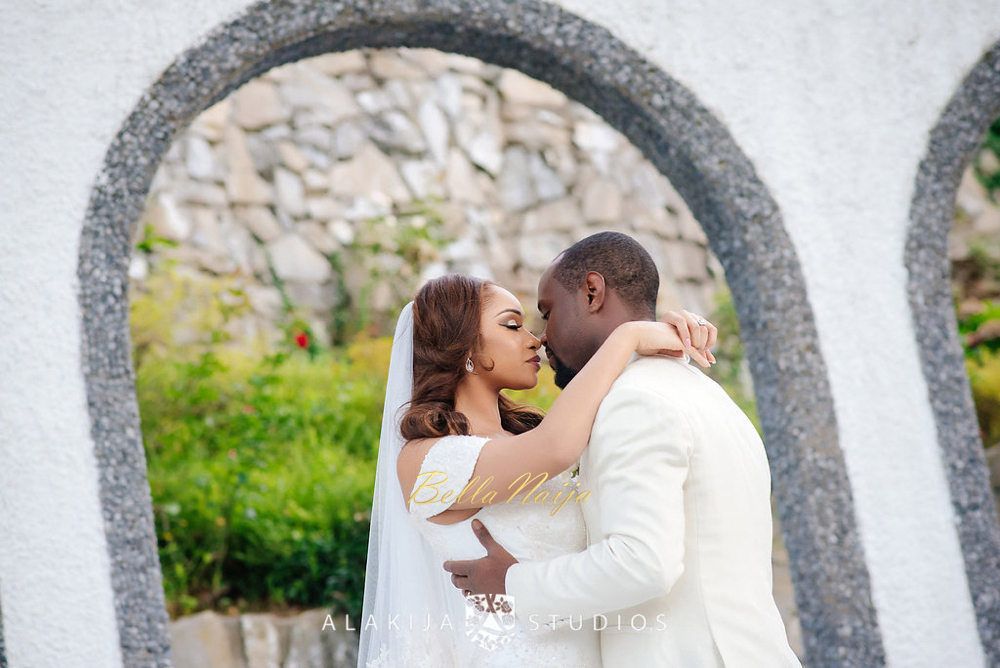 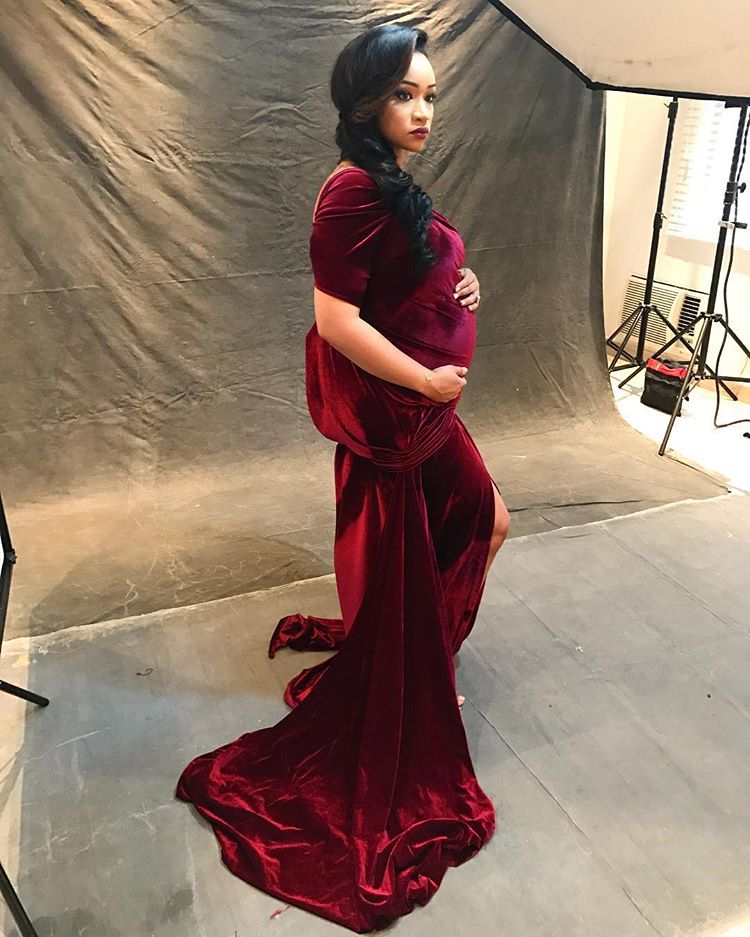 Today in London, proud grandfather Asiwaju Bola Tinubu hosted close friends at the naming ceremony which took place in New Cavendish. The APC Chieftain was all smiles as he happily cuddled his granddaughter and posed for photos. 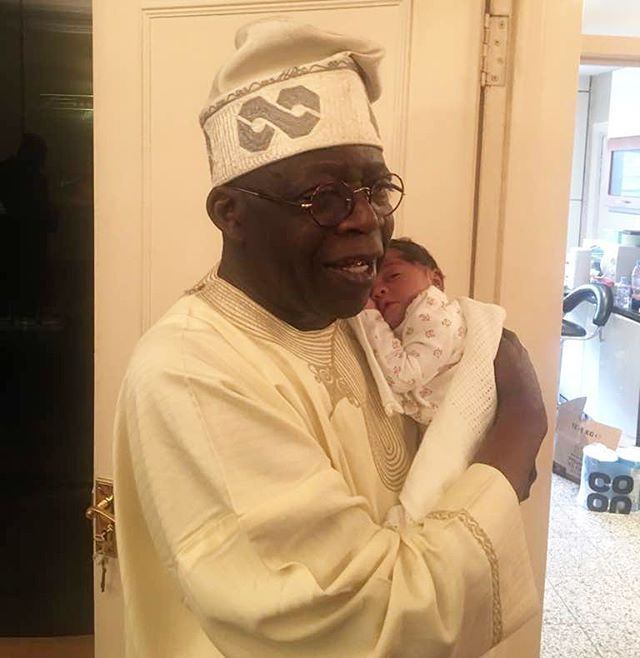 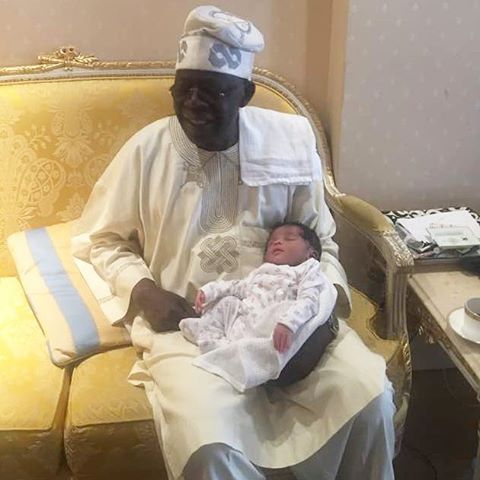 The couple who tied the knot in August 2016 (Click to view BellaNaija Weddings’ exclusive feature) are said to be overjoyed and excited about the new phase in their lives. 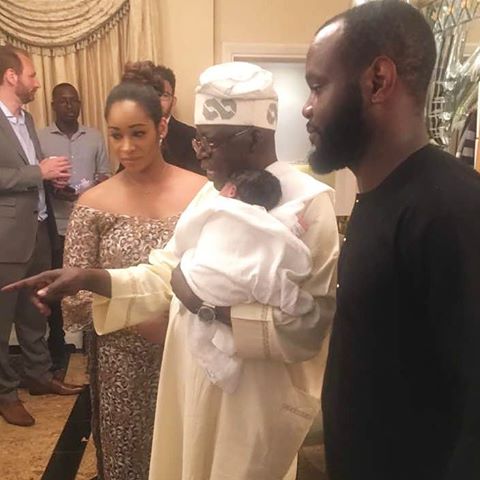 Love Triangles, Secrets & Tales of Deceit! DStv has the Best Dramatic Shows Lined Up for You