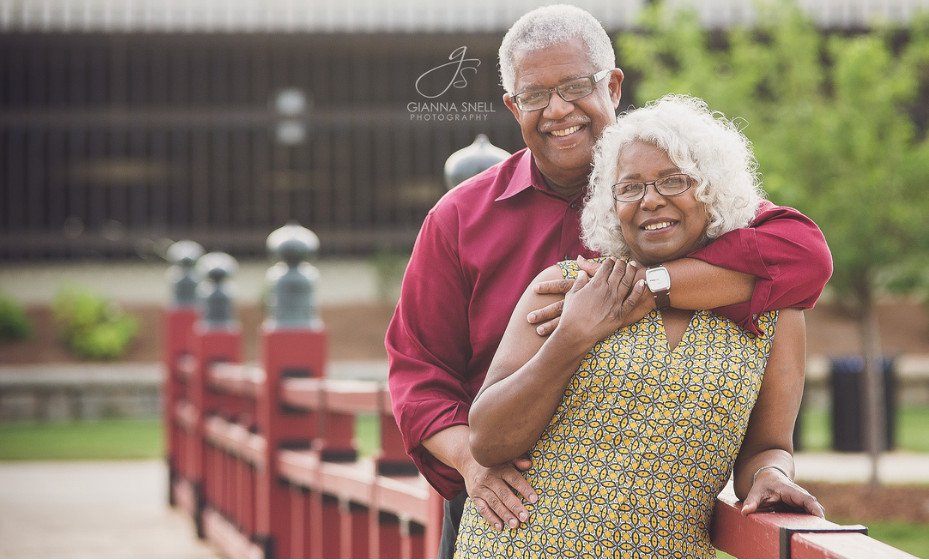 Photographer and writer Gianna Snell of Gianna Snell Photography spotted this beautiful couple Murphy and 67-year-old Lucinda Myers on an unlikely day and as she captured the adorable couple she never knew their story would go viral. She just spotted a lovely couple who she thought was camera worthy and just like timing is everything in life, that time seemed to be ordained by God.

This couple’s story of how they found each other and happiness has reached millions and has inspired many to know IT IS NEVER TOO LATE TO FIND LOVE.

One muggy Alabama evening, I met with a young-at-heart couple sitting on a bench in Big Spring Park. Even though there was a growing crowd and the band ‘Jed Eye‘ was crooning in the background, I could hear this couple’s laughter above it all. With my camera gear strapped to my back and the Huntsville humidity blanketing the late afternoon air, I walked through the park thankful that the torrents of rain from earlier in the day had finally stopped. This was the night for Concerts in the Park; there were hundreds of people there for the live performance. As a photographer, I strive to capture the authenticity and genuine expression but I wasn’t sure if this brand-new twosome would be comfortable sharing their “feels” with an audience of people surrounding them. 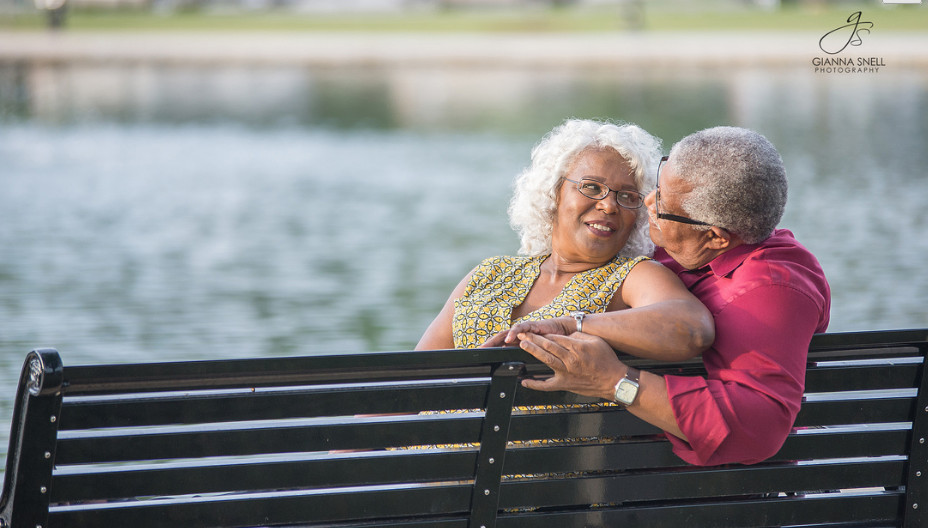 As I approached them, I noticed his arm around her shoulders, and she was gazing up at him, her smile as big as the sun. They seemed a bit nervous, but I told them the goal was to capture them doing what they normally do. Relieved, they stood up and waited for me to give them direction on where to stand. As I turned my head to grab my camera and adjust my settings, I heard giggling behind me. I turned back around to see this 70-year-old man inching closer and closer to his 60-something bride-to-be’s side and sliding his hand around her waist, flirting and whispering in her ear. Her giggles let me know that I would not have to prod them to show affection, but on the contrary, I would spend the entire session trying to catch up to what they were doing next. The pair couldn’t keep their hands off of each other. They later shared that it was this gesture, his hand around her waist, several months earlier that was one of the first signs of a beautiful spark between them. 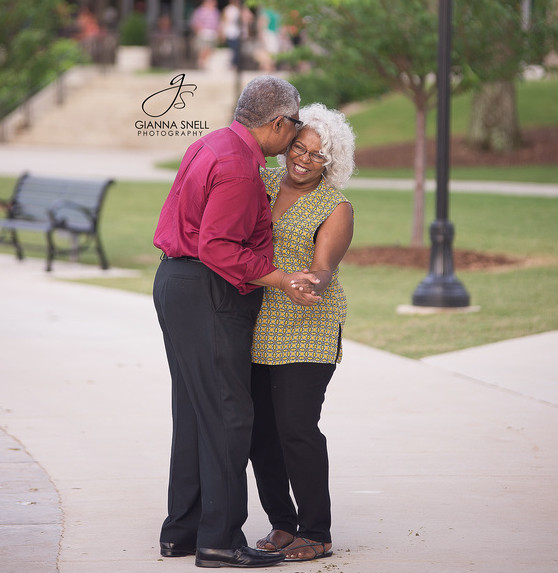 Cleveland Wilson, affectionately known as “Murphy,” is no stranger to true love. In fact, it was at a nearby Huntsville, AL park, (Braham Springs), some 47 years earlier that he spotted a beautiful woman, Antoinette Snodgrass, whom he had met only once before, riding on a train around the lake. He called out her name, she came over and they spent the whole afternoon and evening talking and laughing. He knew from that moment that she would be his wife and five months later, they were married.

Murphy and his best friend Antoinette were happily married for 41 years until her death in 2013. Anyone who knew or interacted with them and witnessed their uncanny ability to work musically in sync as co-directors of the renowned First Seventh-day Adventist Church Inspirational Choir, she as the pianist and he, the director, knew that they were deeply in love. When she passed away four years ago, he wondered if the ache in his heart would ever heal. He knew he was not cut out to live the bachelor life, but he didn’t want to go through the process of dating again.

“After Antoinette died, I had all kinds of things going on; I was teaching high school classes, directing choirs for various churches, and hanging out with my 4 grandchildren,” he explained, “but there was still an empty space and it couldn’t be filled with more work. My life balance just wasn’t there.”

Murphy did know one thing…If he were ever to fall in love again, God would have to do the choosing. “God picked her the first time I married, He’s going to have to do it again,” was his constant refrain, when people asked would he ever remarry. 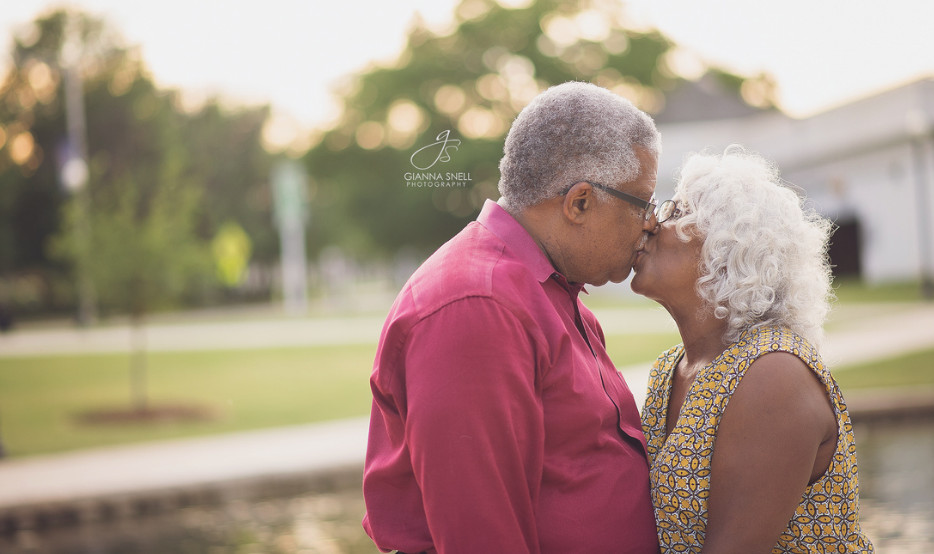 After losing Antoinette, it was difficult to attend church, where they had so faithfully served together for all of their 41 years together, so Murphy skipped church for several months. When he returned he didn’t want to sit on the main floor of the sanctuary at First Seventh-day Adventist Church, his home church for 47 years, so he sat in the balcony, where unbeknownst to him, his answer to prayer was sitting too.

Lucinda Myers, a florist and baker, moved to Huntsville, AL in July 2013, the same month that Murphy returned to church. Myers is originally from Boston, which coincidentally is also Murphy’s hometown. Having been divorced and single for 30 years, she had been praying and waiting for God to send her a husband. And although the wait was difficult, and she had moments of saying out loud, “God, where is he?“…She kept on praying and doing the things that made her happy, such as cake decorating, babysitting and helping others. She moved to Huntsville for a fresh start. 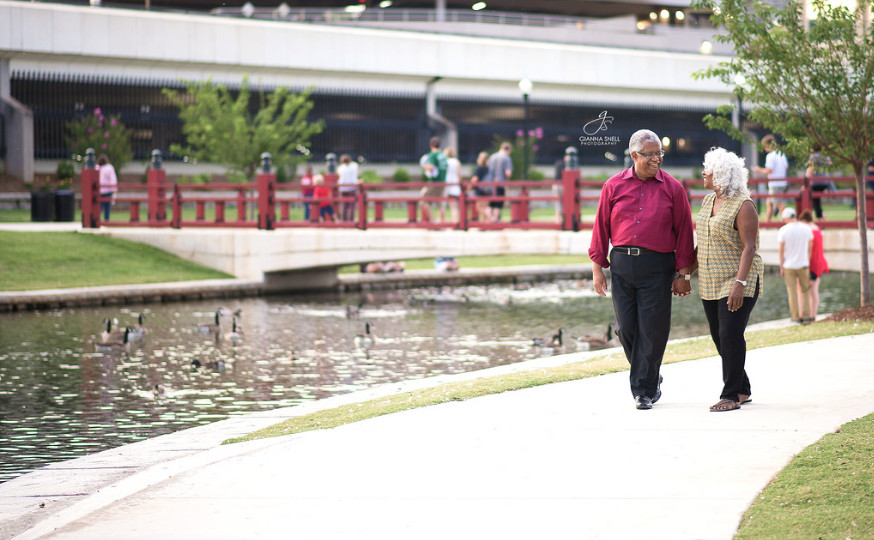 Each Saturday, Lucinda sat in the balcony on the front row at church while Murphy was one row behind. For over 3 years, they both occupied the same space in church but didn’t have any interaction with each other. Murphy had made it up in his mind that he was not going to talk to anyone because he really wanted God to do the choosing.

But one day, something caught his eye… “It was her hair,” he said. “And then she turned around, and Man…she’s got this smile. She was very attractive…I just couldn’t stop looking at her.”

Read the full story on giannasnellphotography.com

WATCH this Inspiring story of a Visually-Impaired Dry Cleaner

Kelvin Bob-Manuel: Servant Leadership – The Power of Leading From Behind