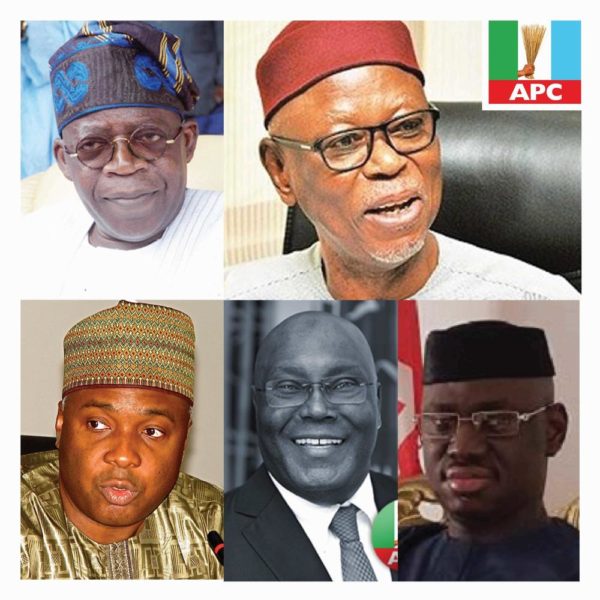 The unlawful suspension of Bayelsa APC Chairman and his secretary, by the National Executive Committee of the party has sparked remarks from prominent APC leaders, reaffirming what the Deputy National Secretary of APC, Comrade Timi Frank, has been saying since 2016.

APC Chieftains have been speaking out concerning the problems in the party and one is forced to wonder if the party is not going gradually becoming another PDP.

Here are some of their remarks:

“In the absence of those meetings and elections, their existing leadership, often under the direction of the Executive at the state or federal level, fill the void. That’s not party building but party bullying.” – Former Vice President, Atiku Abubakar

“When an Apple is rotten from the head, the body will soon follow. The only remedy is to cure the head to avert further spread”. – Deputy National Publicity Secretary APC, Comrade Timi Frank