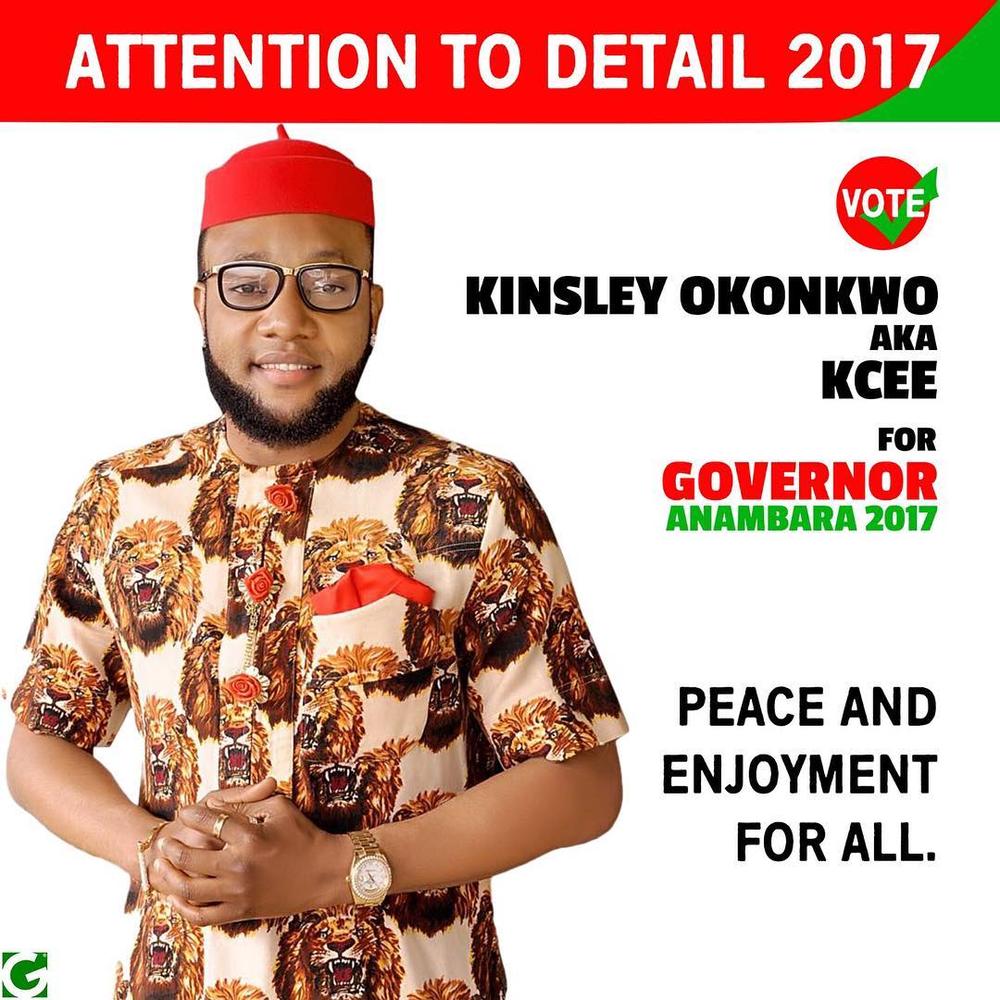 Nigeria musician and CEO of Five Star Music, Kcee has declared his intention to run for Governor of Anambra state.

The singer revealed his #AttentionToDetail2017 campaign with an Instagram post of the above photo but spelt his name Kingsley Okonkwo as Kinsley Okonkwo and Anambra as Anambara.

Its about time, Big Announcement on Tuesday, August 8, 2017 at 11am…. #Nottooyoungtorun#Attentiontodetail2017

Kcee is the second entertainer to declare his intention to run for the next gubernatorial elections following Yul Edochie‘s declaration of intent a while back.

What is unclear at the moment is if the action is a publicity stunt for a new project or he’s for real going to run for office, as using a campaign slogan “Attention to Detail 2017” while not paying attention to the spelling of his name and that of the state he intends to lead is a cause for concern.

Want your kids to be tech savvy? Enroll them at the Aiivon Summer Camp for Graphic Design, Robotics & Coding | Aug 7th – 31st