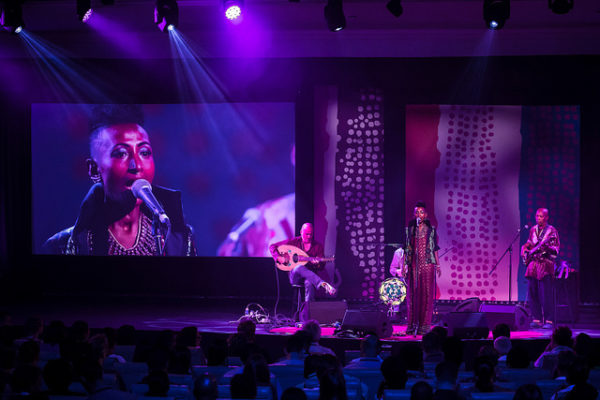 Power Up, the 7th session of the TEDGlobal 2017 event opened with a performance by Alsarah & the Nubatones, who introduced attendees to East African retro-pop.

Alsarah said: “This music is not traditional, but it is rooted. It’s pop, but it’s got feelings. It’s got messages. It knows where it’s come from and it’s ready to go anywhere it needs to go.” Then the speakers graced the stage, their talks centered around the discovery, liberation, and channeling of human potential in ways that make the world a better place. 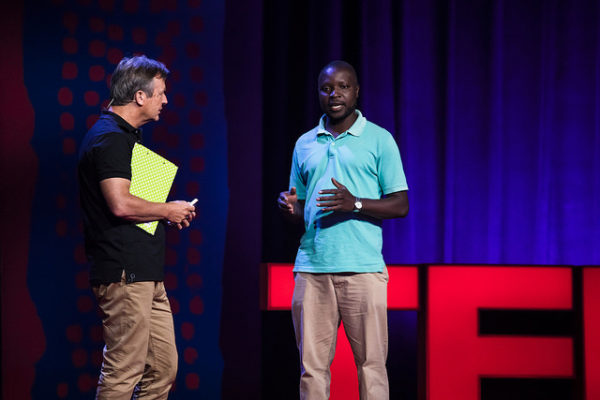 William Kamkwamba was up first. William had stolen hearts back in 2007, when he was only 14, with his windmill.

After graduating from African Leadership Academy and Dartmouth, he returned to the TED stage to talk about his dream of solving problems experienced by people in his community.

William is working with farmers to get their crops into supermarkets. He said: My dream is to continue the work I’m doing, trying to find the ways of solving some of the problems people are facing in my community or the world in general.” 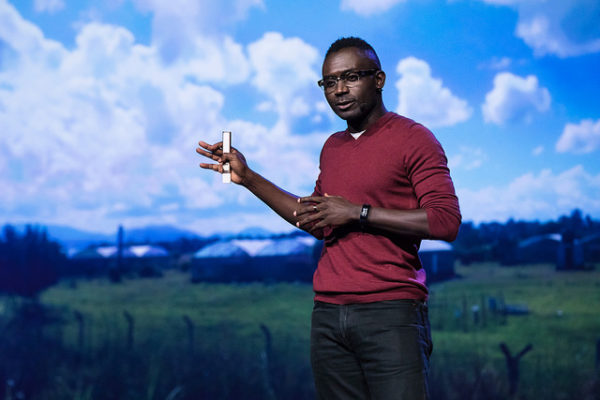 Fredros Okumu, who catches mosquitoes for a living, took the stage thereafter, and revealed that the world still knows only little about mosquitoes after all this time, and despite the decades of study that exist about them and the disease they transmit.

Malaria still kills more than a million people in sub-Saharan Africa every year, a pack of this number, children under the age of 5.

It’s no help that mosquitoes are developing resistance to insecticides. As scientists all over the world study this insect that’s often called the deadliest animal in the world, Fredros and his team have discovered rather unconventional methods for targeting and culling the malaria vector.

He almost became one of the 4 out of 5 Africans who never return home after an education outside the continent, he said. He continued: “For every skilled African who returns home, nine jobs are created in the formal or informal sector.”

Then it was Kola Masha‘s turn to speak, the founder of Babban Gona. 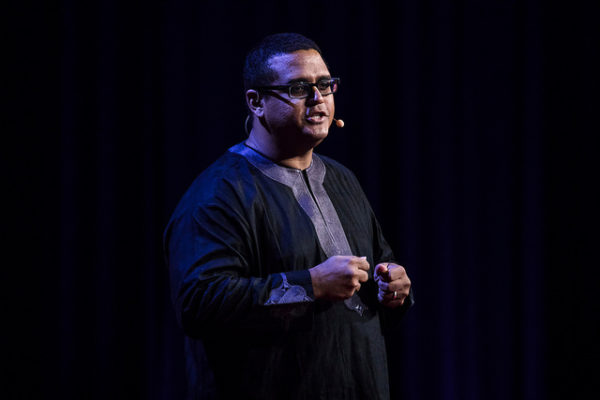 The UN’s Population Division states that 41% of Africa’s population is under the age of 15, a stat that should normally be comforting, but is instead discomfiting if the falling number of employment opportunities in the continent is considered.

Well, Kola did consider just that, and created Babban Gona to see if it was possible to use agriculture as an engine to unlock opportunities for economic advancement to young people in Nigeria.

Since then, Babban Gona has brought together a grassroots farmer learning community, professional management and investment, to reach more than 20,000 farmers and help them to be both successful on the land and also multiply their profits. 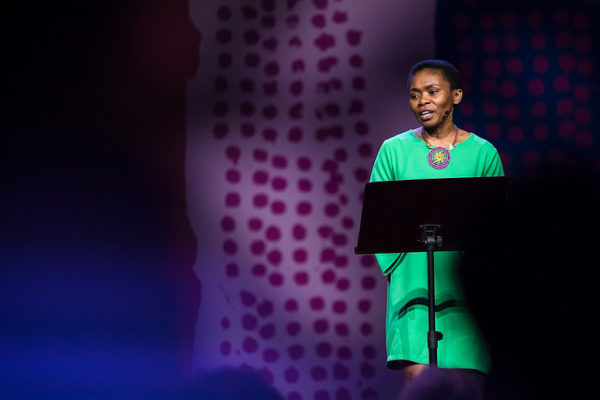 Last to speak was Bibi Bakare-Yusuf, who was downcast after visiting a public library in Nigeria and couldn’t find any locally authored book.

Bibi decided to become a publisher, to create the African archival future and contribute to the global archive of ideas. To make sure that the African narrative isn’t controlled by foreigners or African men. And, ultimately, so that in 500 years, when people look into the archives of Africa, they will find a diverse array of texts written by African men and women.

What went down at #TEDGlobal2017 Session 5 – Repatterning