President Buhari was received at the John F. Kennedy Airport by the Minister of Foreign Affairs, Geoffrey Onyeama, and the Permanent Representative of Nigeria to the UN, Tijjani Bande.

The presidential aides also accompanied the president, and members of the staff of the Nigerian Missions in the United States.

The theme for this year’s session is: “Focusing on People: Striving for Peace and a Decent Life for All on a Sustainable Planet.”

President Buhari is slated to deliver the country’s national statement on Tuesday, the first day of the one-week session.

According to Punch, Nigeria will participate in high level meetings, including: “Prevention of Sexual Exploitation and Abuse: Building Momentum for Change,” the Commonwealth Heads of Government Meeting, a High Level Event organised by AU under its theme of the Year: “Roadmap on the Demographic Dividend: From Commitment to Action.”

See photos of his arrival below: 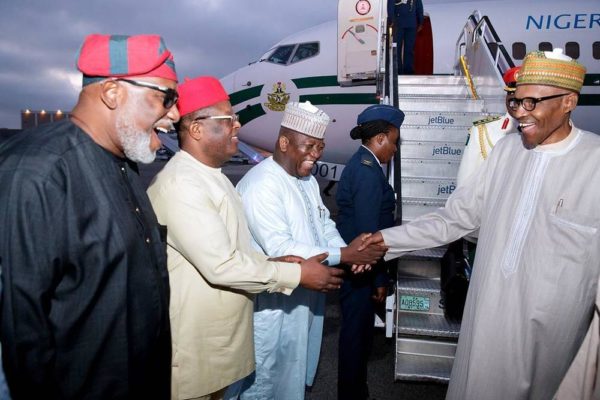 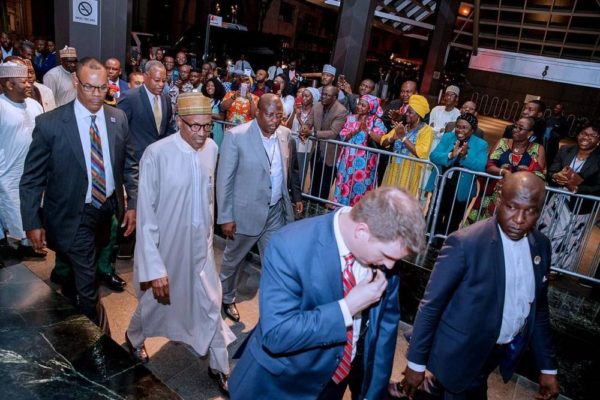 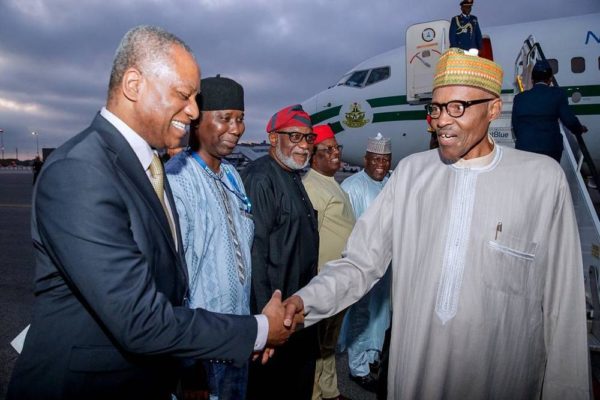