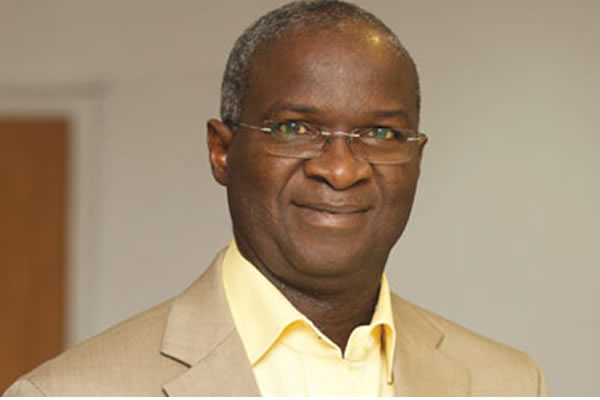 The Federal Government has announced plans to reintroduce tolls on federal highways across the country.

This is necessary in order to raise funds needed for the maintenance of the federal roads, the government has said.

The announcement was made by the Minister of Power, Works & Housing Babatunde Raji Fashola, while addressing members of the Manufacturers Association of Nigeria (MAN) on a visit to his office, Punch reports.

In the statement, it was said that the tolls will be introduced only on roads completed by the government.

The statement said the federal government has plans to reconstruct 25 arterial roads, earmarking N16.7 billion for each geopolitical zone in the country.

The road projects include the dualisation of Ibadan-Ilorin road, Suleja-Minna road, Kano-Maiduguri road and Lokoja-Benin road, as well as the rehabilitation of the Enugu- Port-Harcourt Expressway and the construction of the Kaduna Eastern Bypass.

Frank Jacobs, President of MAN, commended the minister for the ongoing rehabilitation of the Lagos-Ibadan and Onitsha-Enugu expressways.