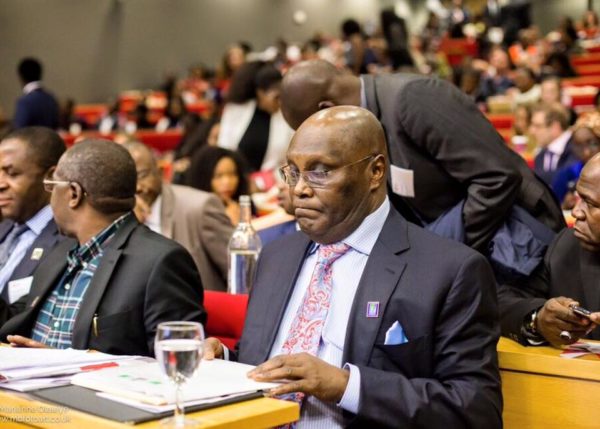 Former Vice President Atiku Abubakar, has in an interview with Voice of America (VOA), said he was used then sidelined by the Buhari administration.

Atiku, who also contested in the All Progressives Congress (APC) presidential primaries in 2015, said he was part of the processes in getting President Muhammadu Buhari into the State House, but was sidelined after their success.

He said this on the same day the Minister of Women Affairs Aisha Alhassan said she would support him for the 2019 presidency, even if President Buhari decides to contest.

Atiku added that the Buhari administration has failed in many respects, including the protracted fight against the Islamic Sect Boko Haram, and the fight against corruption. He said:

Honestly speaking, I’m still a member of the APC; I was part of all the processes, including campaigns until success was achieved.

But sadly, soon after the formation of government; I was side-lined, I have no any relationship with the government, I’ve not been contacted even once to comment on anything and in turn, I maintained my distance.

They used our money and influence to get to where they are but three years down the lane, this is where we are.

The ruling government had failed in many fronts.

Yes, there were successes but not comprehensive success because the Boko Haram miscreants are still very active, killing our people and many local government councils in Borno and Yobe are under their firm grip. People cannot dare go back to their dwellings

This thing baffles me; I never imagined that Nigeria will fight a protracted battle with Boko Haram for five years.

At a time, we fought the Biafra war, which was more complicated because of the terrain in the South but the Biafran soldiers were roundly subdued in 30 months. But here we are, fighting an endless battle with the Boko Haram and there’s no end in sight.

How many people were arrested, prosecuted and jailed? How much was recovered from the looters?

When we came on board in 1999, I remember we recovered between $4.5 and $4.7 billion from those that looted under Abacha.