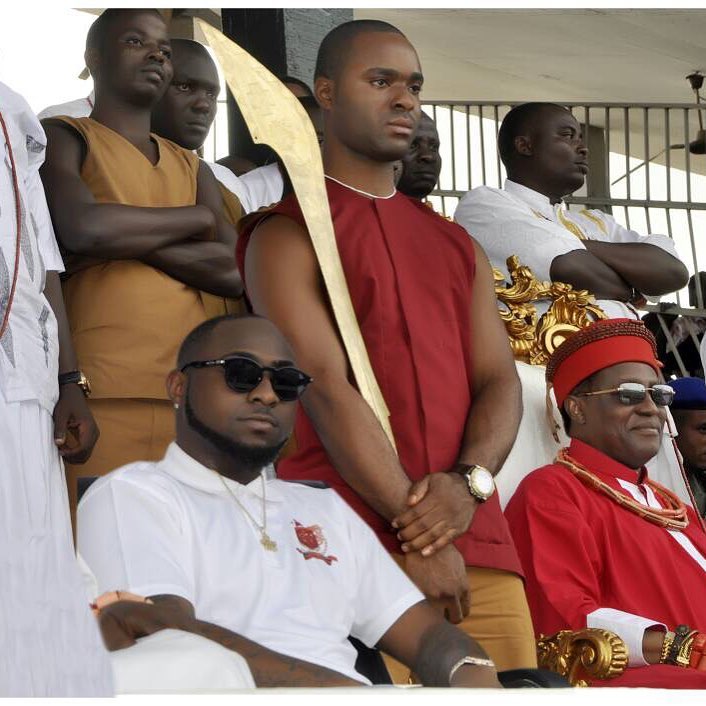 Nigerian superstar artist Davido recently celebrated with the Oba of Benin, Oba Ewuare II on the first anniversary of his coronation.

Oba Ewaure II ascended the throne on the 20th of October last year after the death of his father Oba Erediauwa. The date also coincided with the Oba’s birthday, so it was a double celebration.

The singer shared a photo of him and the monarch saying that his mom would have been proud to see the it. He wrote:

Mama woulda loved this one! Was a honor celebrating with the King of the Benin Kingdom on his anniversary OBA EWUARE II ?!

Blaqbonez replies M.I’s latest single “You Rappers Should Fix Up Your Life” | Listen on BN