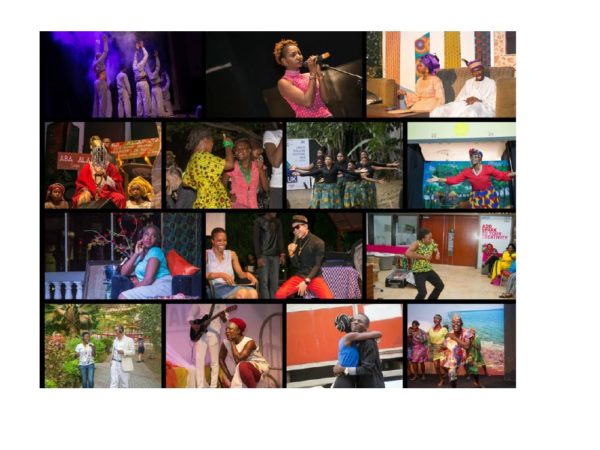 From Saturday, February 27th, to Sunday, March 4th, 2018, Lagos will be playing host to another edition of the Lagos Theatre Festival, and lovers of the craft are excitedly looking forward to it.

The elation in the industry is understandable when you consider that just a few years ago, shortage of performance space was the primary reason given for the lack of growth in the sector.

In the 1940s Herbert Ogunde and his African Music Research Party redefined theatre in Nigeria as they held audiences spellbound with their performances. When the group mounted the stage of Glover Memorial Hall, Lagos, to perform ‘Worse Than Crime’, It was the beginning of a new era for an art form that goes back to the early days of human civilisation.

The days of Pa Ogunde are still seen by many as the golden age of Nigerian theatre and the downturn in the sector is attributed by many to the exit of this legend, and a general disinterest in the arts. This became more entrenched as the economic crunch — which started in the 80s – lingered. The sector’s recent upturn has also been attributed by some to the advent of the Lagos Theatre festival.

As theatre practitioners had mentioned that lack of performance spaces is the main issue working against the growth of the sector, the Lagos Theatre Festival was introduced by British Council to build capacity in the Nigerian theatre sphere and to solve the problem through identifying and adapting available nonconventional spaces. These nonconventional spaces include open spaces, cars parks, restaurants, etc.

It was a simple solution and it worked like a charm.

After 5 years and 4 successful festivals, the Lagos Theatre Festival is regarded as one of the most prominent theatre events in the country. It has become a vehicle through which many artists have achieved their dreams of performing to an appreciative audience and going on to build solid careers in the field.

After the first festival in 2013, which featured just 4 theatre companies and 1 venue, the festival has seen geometric growth through the years. In 2016 through British Council’s UK/NG 2015-16 programme, an open source fringe element involving open-mic performances, comic conventions, seminars and workshops was added to the festival. In 2017, Lagos Theatre Festival featured over 70 performances in 16 venues across Lagos, Nigeria’s economic capital.

According to Brenda Uphopho of PAWS studios (a Nigerian theatre start-up that worked on the festival), the growth of the Lagos Theatre Festival can be encapsulated by the experience they took away from the 2014 edition where despite the issue with the weather, low attendance, and people not exactly understanding what site-specific theatre entails, the festival was considered a success.

The impact of the Lagos Theatre Festival extends beyond theatre performances. The festival also contributes to capacity building in the Nigerian theatre sphere, through numerous workshops that have given hundreds of young people the opportunity to get training in various aspects of theatre; Set design, sound engineering, script writing, arts journalism, and many others.

From a story that started with a quest for ideas on how to build capacity in a sector that was suffering from a dearth of performance spaces and manpower, the Lagos Theatre Festival has claimed its place in the city that embodies Nigeria’s art and culture. The quest focuses on how to expand the successes garnered in the theatre scene in Lagos to the rest of Nigeria and beyond to other countries in the region.

At the moment, young artists and entrepreneurs have submitted their ideas to the organisers with the hope of being part of the 2018 edition of the Lagos Theatre festival. The growing army of creatives are looking forward to once again showcase their talents and make a name for themselves in a sector that is no longer in want of its most important element – space upon which to perform.

The Lagos Theatre Festival was part of the UK/Nigeria 2015–16 season by British Council Nigeria, which was a major season of arts in Nigeria aimed at building new audiences, creating new collaborations and strengthening relationships between the UK and Nigeria. British Council partnered with First Bank Nigeria, which is promoting the creative arts in Nigeria through its FirstArts initiative, for this festival.