VP Osinbajo on an aerial assessment of the traffic situation in Apapa | Photo Credit: Presidency/Novo Isioro

The federal government is tackling the traffic gridlock in the Apapa area of Lagos state, a statement by the Office of the Vice President has said.

Professor Yemi Osinbajo, in the statement, said that the Buhari administration will find all possible solutions to end the gridlock.

Osinbajo made the declaration on Tuesday at a Government/Private sector meeting at the Presidential Villa, Abuja, on how to speedily and comprehensively resolve the issue. 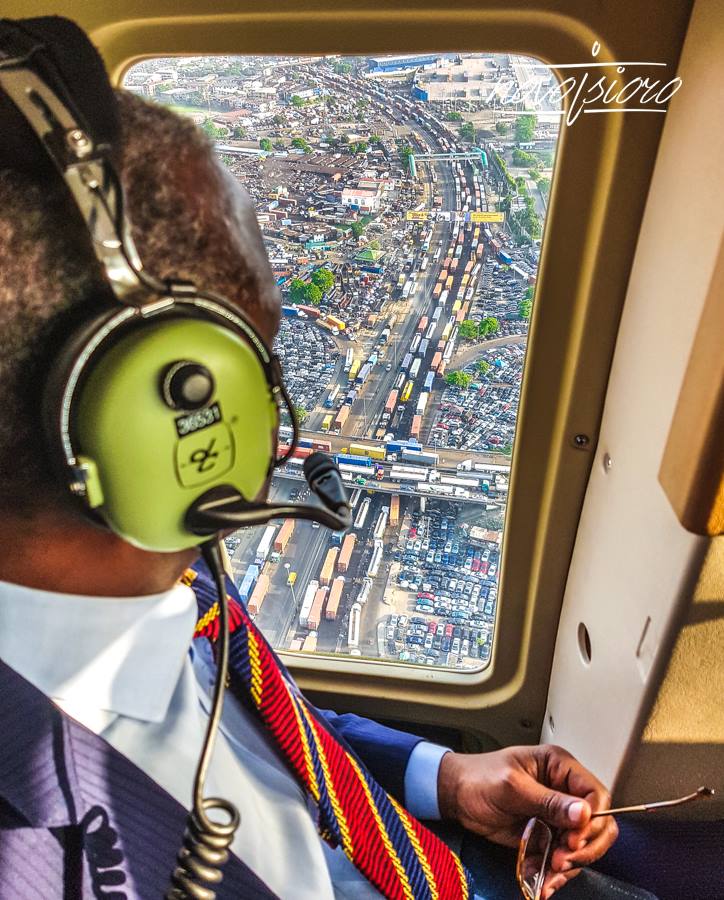 VP Osinbajo on an aerial assessment of the traffic situation in Apapa | Photo Credit: Presidency/Novo Isioro

The Vice President further directed that the Federal Ministry of Power, Works and Housing and the Nigerian Ports Authority (NPA) implement clear objectives to tackle the Apapa traffic gridlock. “We should look at all the components and find a quick solution,” Prof. Osinbajo said.

In his remarks, the Minister of Power, Works and Housing, Babatunde Fashola, noted that Nigeria ports had capacity for 34 million metric tonnes of cargoes per annum, but which had been exceeded, as it was now processing about 80 million metric tonnes per annum. He also identified poor traffic management as a major cause of the persistent gridlock along Apapa access roads.

Both Fashola and Usman assured the Vice President that the issues will be tackled in a holistic way, not only to fix the problem, but also to support the Federal Government’s Ease of Doing Business reforms.

Private sector stakeholders, including the President, Dangote Group, Aliko Dangote; Chairman, Honeywell Group, Dr. Oba Otudeko; and the Chairman, BUA Group, Abdulsamad Rabiu, were present at the meeting and they all made commitments.

Others actions to be taken by the Ministry of Works and the Nigerian Ports Authority include:

· Reduce congestion and ease traffic; empty containers within the Apapa area to be relocated to holding bays.

· Shipping companies will no longer be allowed to operate holding bays within the Apapa Port location.

· Tank farms not to be permitted within the Apapa area.

· Process of licencing access to trailer parks and port location by the Nigerian Ports Authority to commence.

· Advertisement seeking for expression of interests from private sector to operate trailer parks and holding bays within the Tin Can Island area to be issued.

· A task force to manage the flow of traffic within the Apapa and Tin Can Island environ to be established.

Also present at the meeting were the Minister of Defence, Mansur Dan-Ali, and representatives of the Inspector-General of Police and the Comptroller-General of Nigeria Customs. 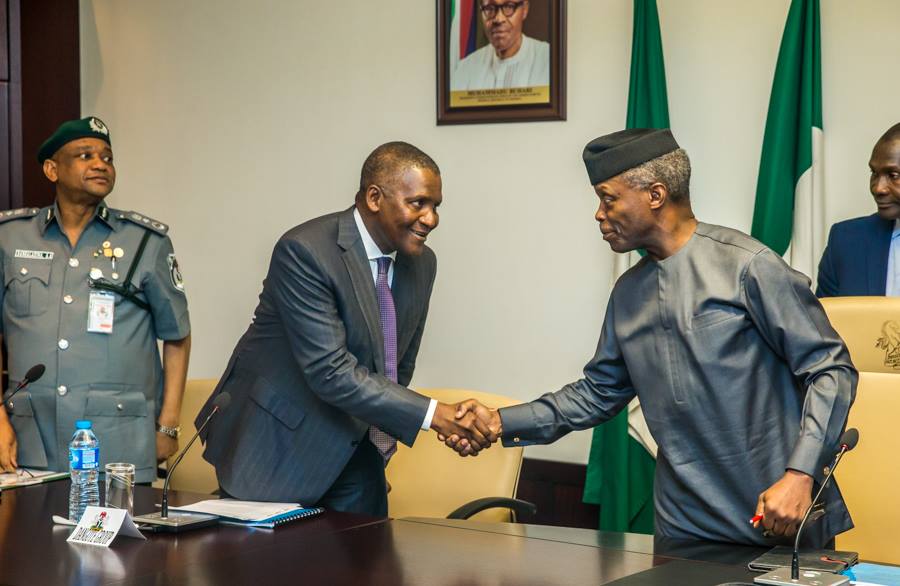 Don’t miss out on this amazing Black Friday promo this November! Get Triple the Weight Loss Power with EZ Slim – Buy 1 & get 1 FREE