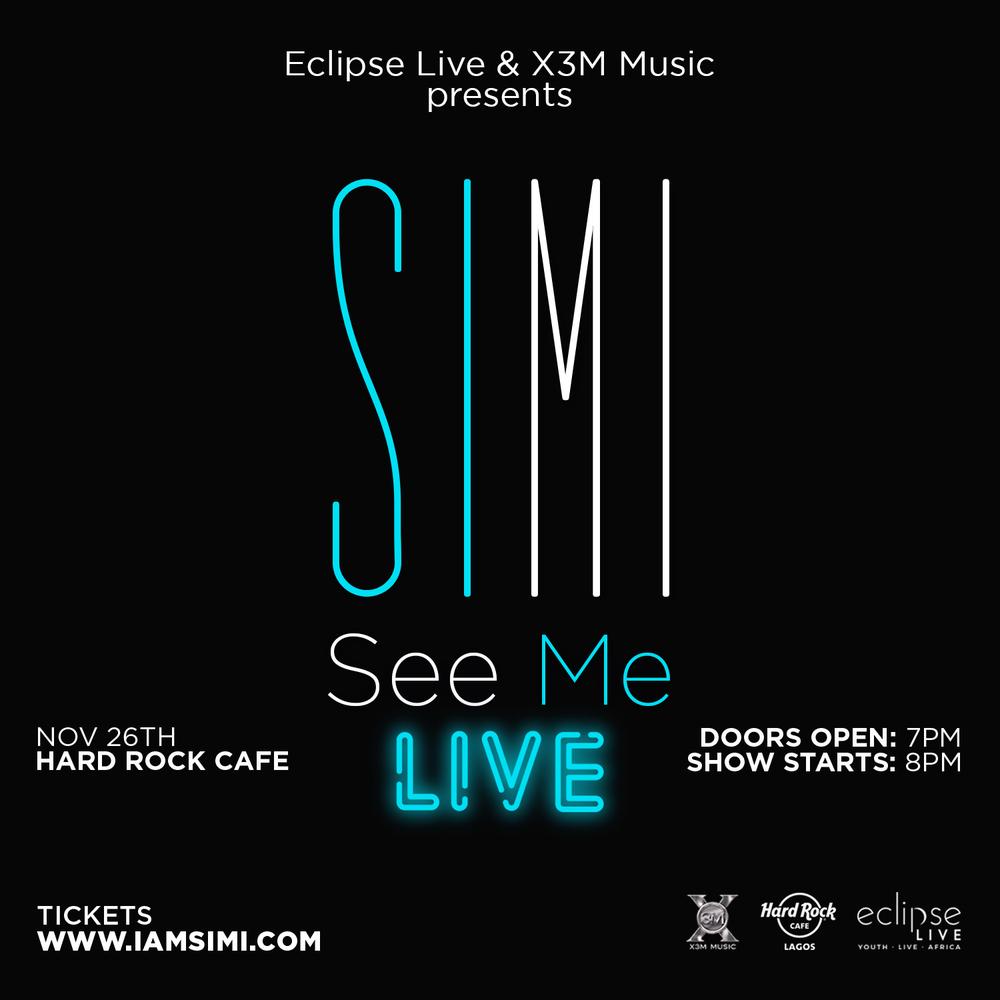 The concert, titled ‘See Me Live’, intends to bring an energizing, yet intimate, live experience to the Lagos entertainment scene.​

The “Simisola” album hit the Billboard World Music charts at number 5, debuted at number 1 on both the Apple Music and iTunes charts (Nigeria), and held its position for three weeks. The album, which currently stands at number 2, is still going strong. Lead single, “Joromi” became an instant favourite, ringing through the airwaves of both local and international radio.

The ‘See Me Live’ event sees Simi headlining her first concert here in Nigeria – an appreciation to her fans both new and old, and an opportunity to bring her album to life.

With the chart-topping “Simisola” album, a live band and support from a few special guest artists, Simi is set to wow the people of Lagos with a memorable performance.