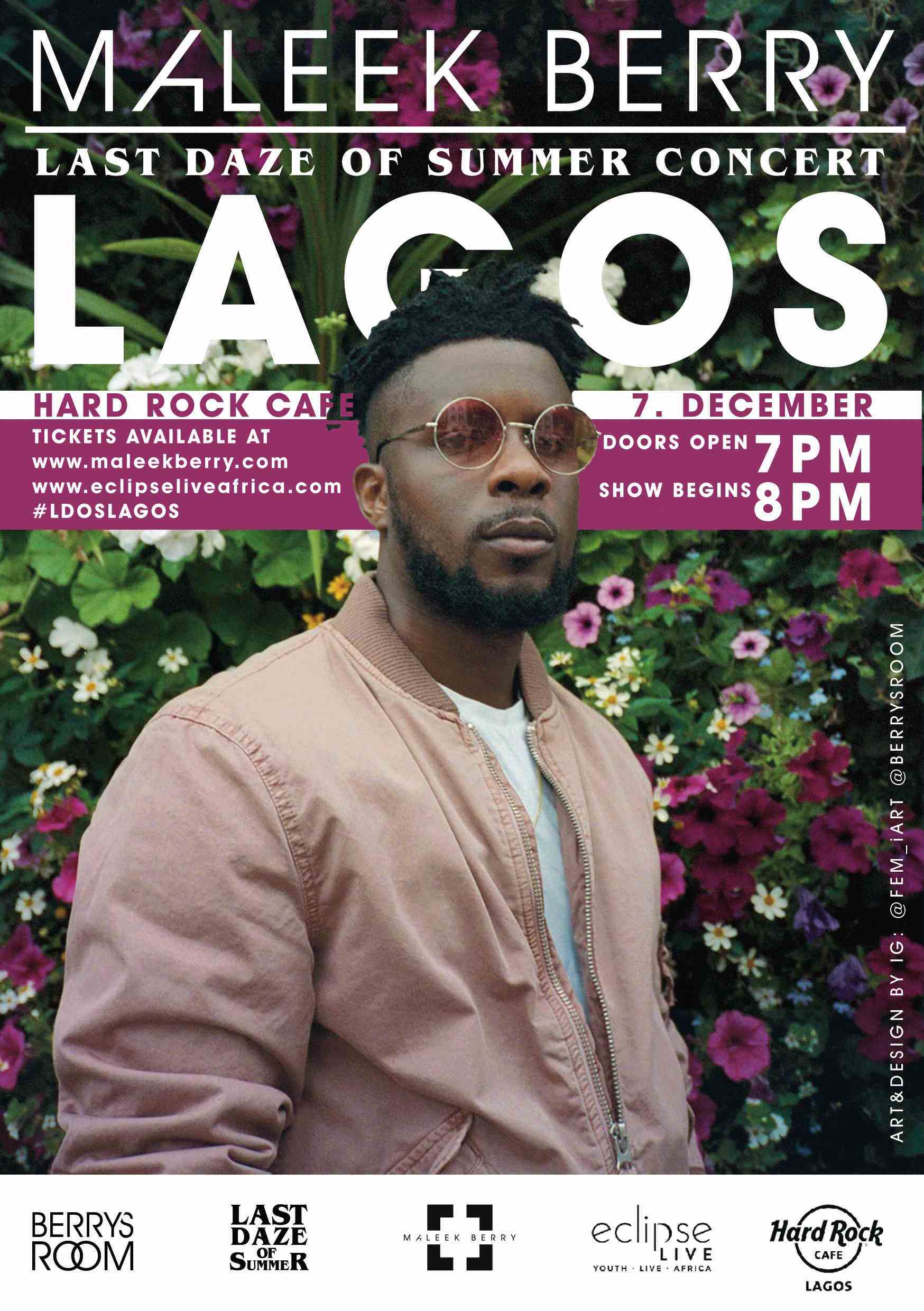 Renowned artist and producer Maleek Berry will close his ‘Last Daze of Summer’ tour with his first headline concert in Lagos.

The concert will hold on December 7th 2017, at Hard Rock Café, Victoria Island.

The ‘Last Daze of Summer Tour’ was inspired by Maleek’s EP with the same title. The EP which was released nearly a year ago, with global underground hits “Kontrol” and “Eko Miami“.

This concert at Hard Rock Café follows Simi’s ‘See Me Live’ show and will be followed up by a Mayorkun concert on December 14th.

After working with Wizkid, Davido and Sauce Kid, Maleek debuted as a solo artist in 2015. Last year’s ‘Last Daze of Summer’ EP was his first solo release. With over 70 milion streams on the EP, a string of hits, a cross continental tour and his new track “Been Calling“, which premiered on The Fader, Maleek is making waves in the international scene. He looks forward to his tour closing show in Lagos where he’ll connect with the people and place where it all started.