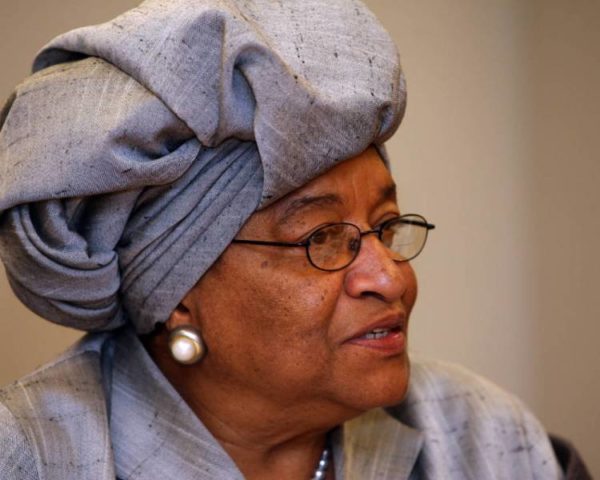 Imo State Governor Rochas Okorocha has on his Twitter announced that Liberian President Ellen Johnson Sirleaf will be visiting.

Okorocha shared a photo of Sirleaf with the caption: “The Liberian President, Mrs Ellen Johnson Sirleaf set to arrive our dear Imo State for a two day working visit on Thursday 9th Nov. 2017.”

Following South African President Jacob Zuma‘s visit and the unveiling of his statue, Twitter users, after a little research, have found that a statue of Sirleaf may also be unveiled.

Twitter user @116Olivia shared a photo of Sirleaf’s statue while under construction.

I just zoomed in. NSCDC said the Gov monitors this place personally. It's called the Imo Hall of fame. pic.twitter.com/cu9bPDU5sX

There are 8 statues in all, she wrote, with 2 still under construction, all guarded by the NSCDC.

There are 8 statues in all. 2 still under construction so you can't tell who they are yet. I'll try to find the other photos

Who will be the 2017 BBC African Footballer of the Year?

Destination Africa: The Future of Fashion