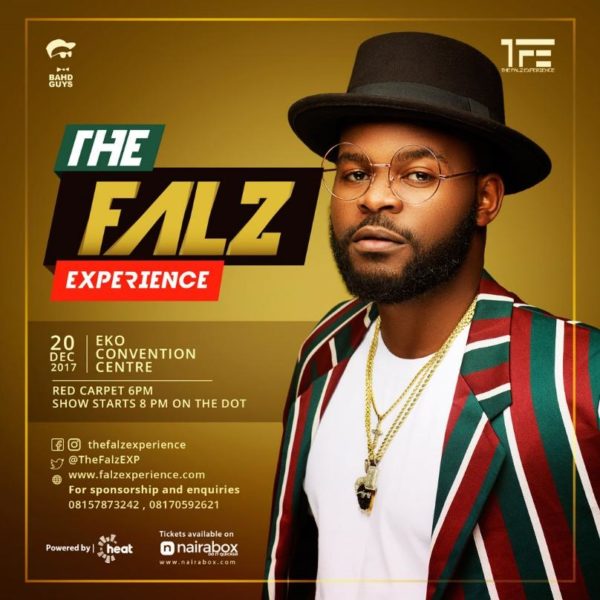 Multi-talented Nigerian artiste, Falz has announced his first ever concert, The Falz Experience.

Falz announced this on Thursday, November 24th, 2017 via a funny video skit which has since gone viral. The video featured Big Brother Nigeria reality stars, Bisola Aiyeola and Somadina Ayanma, and gave us a sneak peek of the versatility of Falz’s alter ego, Taju the comedian.

The Falz Experience is a one of a kind musical theatre show that will showcase the 3 unique sides to Folarin Falana – Falz the Bahd Guy, Folarin the lawyer, and Taju the comedian.

Having followed Falz’s career for years now, it is safe to say that this will truly be one event to look out for not only in terms of music and comedy, but all-round production and entertainment.

The concert will also feature friends of Falz including Simi, YCEE, Reekado Banks, Ajebutter 22, among others.