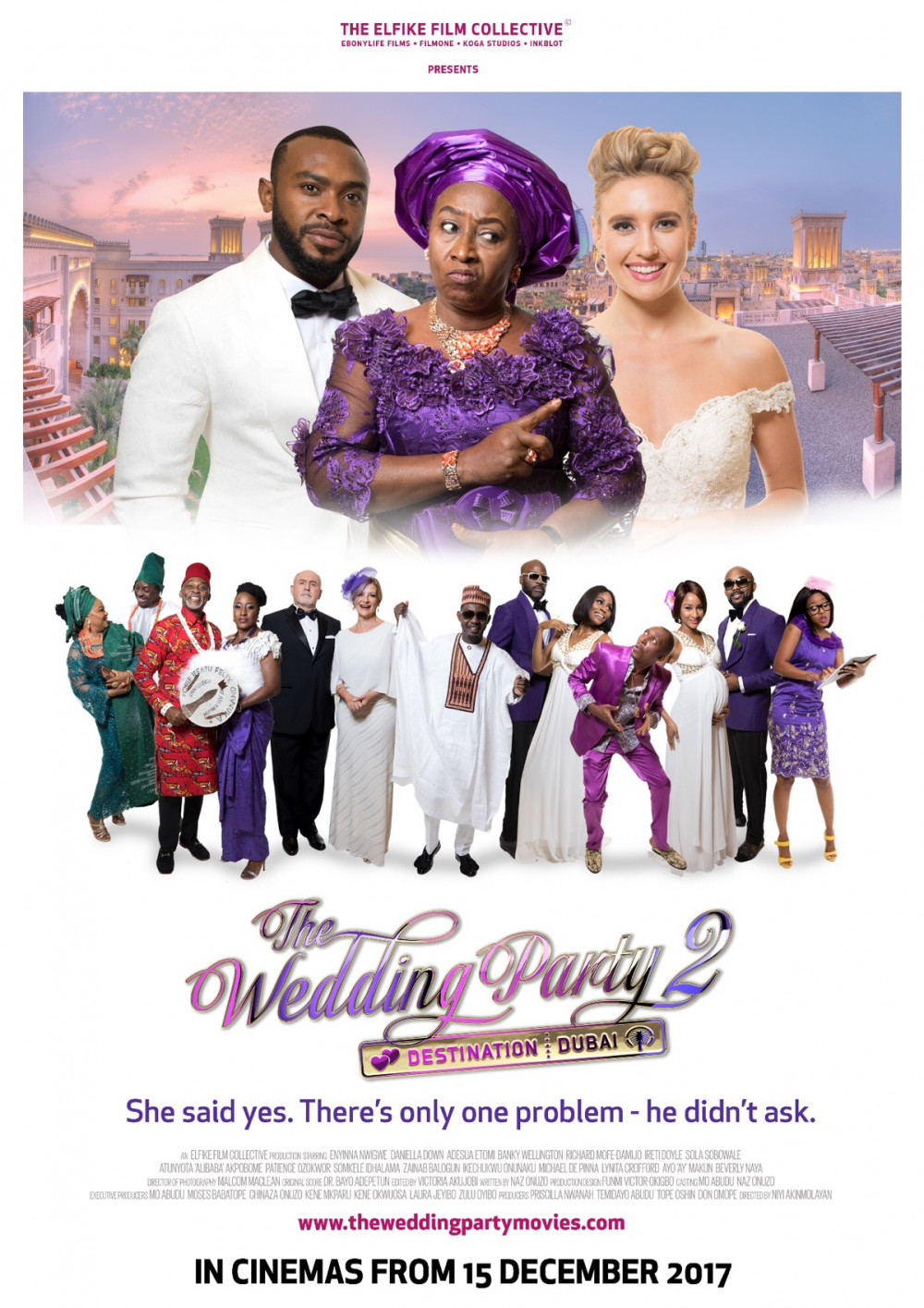 The ELFIKE Film Collective, a partnership between EbonyLife Films, FilmOne Distribution, Inkblot Productions and Koga Studios, has released an official trailer and new poster for The Wedding Party 2.

While it is no secret that the cast is returning for another wedding – this time in Dubai, this continuation of the Nollywood smash hit promises to be funny and colorful, with spectacular views of one of the world’s most breathtaking destinations.

Mo Abudu, CEO, EbonyLife Films, is excited about the official trailer and new poster release as she says “We are thrilled to be able to give eager fans a bigger taste of what they can expect from the movie in December. Without question, the wait will be worth it.”

According to Chinaza Onuzo, Co-founder, Inkblot Productions, “The trailer is a fun way to reveal some of The Wedding Party 2 story. Audiences will enjoy its narrative, possibly even more than the original film. It was a pleasure developing the plot and bringing it to life.”

Moses Babatope, COO, FilmOne Distribution, is excited about what these new media assets mean for the international release of the film. “The exotic locations, hilarious storyline and diverse cast will connect with movie fans across Africa, Europe and North America. We think everyone will fall in love with the big, crazy and colourful Nigerian wedding,” he says.

The newly revealed visuals leave no doubt that like The Wedding Party, the sequel remains a quality feature with high-production values that concurrently entertains and flies the flag for Nollywood.

The Wedding Party 2: Destination Dubai will have its Lagos premiere on December 10, with cinema release on December 15 in Nigeria.

BellaNaija is a Media Partner for The Wedding Party 2

“We’re tired of your ranting” – Emmanuel Ikubese to Freeze | WATCH