Officials of the commission had reportedly stormed Chukwuma’s residence Tuesday morning, and security men attached to the premises barred them from gaining entrance.

The official Innoson Twitter account shared photos of the scene of the arrest, adding that policemen were firing live bullets inside Innoson residence, with tens of factory workers critically wounded. The account wrote:

An eyewitness who spoke to Punch said neighbors resisted the arrest and protested, but were dispersed after the EFCC officials fired into the air and released tear gas canisters. He said:

Innoson’s neighbours rushed out of their houses when they got wind of the arrival of the EFCC team.

They were shouting and protesting against the development, and the EFCC had to shoot into the air and fire tear gas in a bid to disperse them.

Spokesperson for the EFCC, Wilson Uwujaren, said in a statement that Chukwuma had hired thugs to attack its operatives.

The statement confirmed his arrest, saying he was picked up at his residence at around 11 AM.

The arrest was a result of his refusal to honour an invitation, the statement said, as he had previously jumped bail in a case investigated by the Capital Market and Insurance Fraud Unit of the EFCC’s Lagos office. Uwujaren said:

A well known industrialist, Chief Innocent Chukwuma, popularly known by his company’s name, INNOSON, has been arrested by the EFCC. He was picked up at about 11am at his Savage Crescent, GRA Enugu residence on  Tuesday, December 19, 2017.

His arrest followed his refusal to honour invitation by the commission having earlier  jumped an administrative bail granted him in a case being investigated by the Capital Market and Insurance Fraud Unit of the commission’s Lagos office.

Chukwuma, rather than honour the invitation by the EFCC, mobilised six truckloads of thugs pretending to be staff of his company to his residence, where they manhandled EFCC operatives.

It took reinforcement from the Enugu office of the EFCC to arrest the industrialist who is currently being grilled by a team of investigators.

See photos from the scene below: 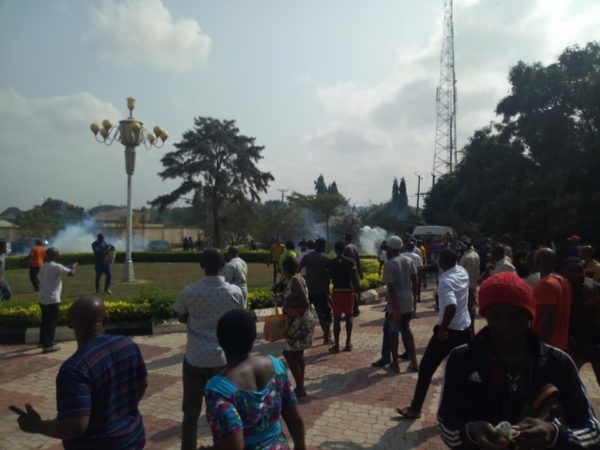 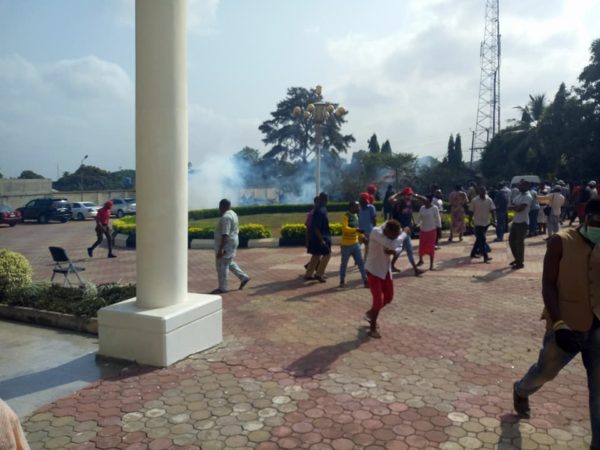 Somkele Iyamah is the Perfect Muse for Photographer Aham Ibeleme