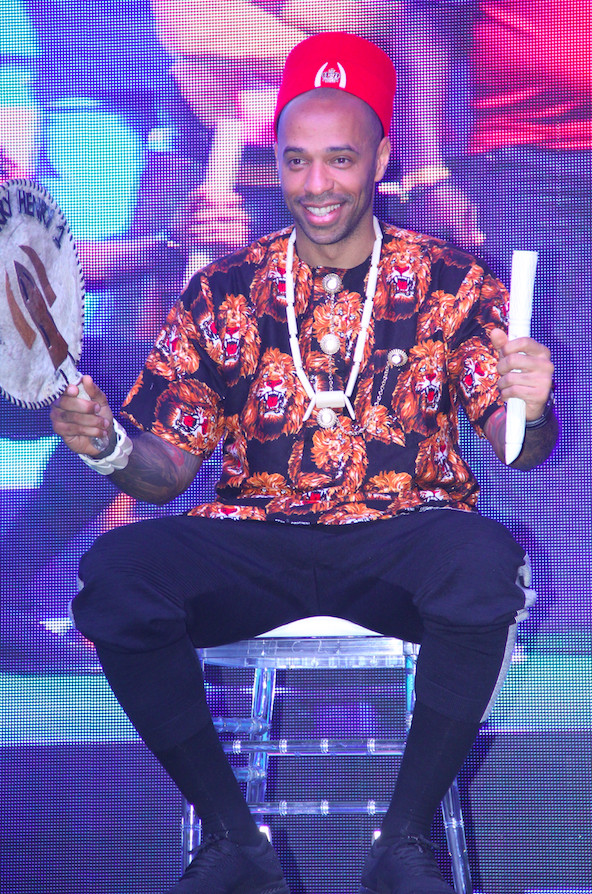 Football fans in Nigeria witnessed an incredible afternoon on Sunday, December 17th, 2017 when Guinness Made of Black ambassador Thierry Henry, visited Nigeria to celebrate the unique passion for football among fans in the country.

At the Guinness Fanzone event, which held at Landmark event centre in Lagos, winners of the ‘Be A Front Row Fan’ National Consumer Promotion had the opportunity to watch the West Brom Vs Manchester United game and celebrate Made of Black Moments with the football legend. 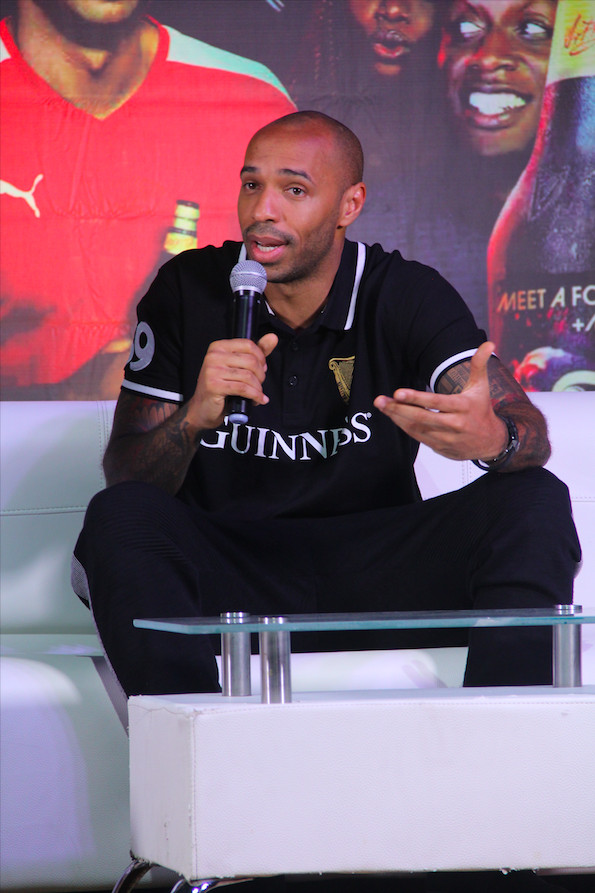 Speaking at the event, Peter Ndegwa, Managing Director, Guinness said; “Thierry Henry is an international icon of the highest calibre, we are proud to have him as an ambassador of our Made of Black Programme.”

“Henry carved his own path to bring his creative flair to the game, he worked hard to demonstrate his skill and ability; ultimately changing the way the game was played in England and showing that he was truly Made of Black. He is an inspirational ambassador for our Made of Black campaign.”

The high point of the event was the unveiling of Nigeria’s brand new Made of Black ambassador, Goodluck Obieze; an amputee footballer with an incredible passion for football.

As a child, Goodluck dreamed of playing football and leaving his village to be in the city and make it as a footballer. But his dream of becoming a footballer was put in jeopardy when he lost one of his legs in an accident. This didn’t stop him from following his dream. He came to Lagos where he found his team and he is now their captain.  He found his wife. He set up his own thriving keke napep business. And he found a life that he loves. 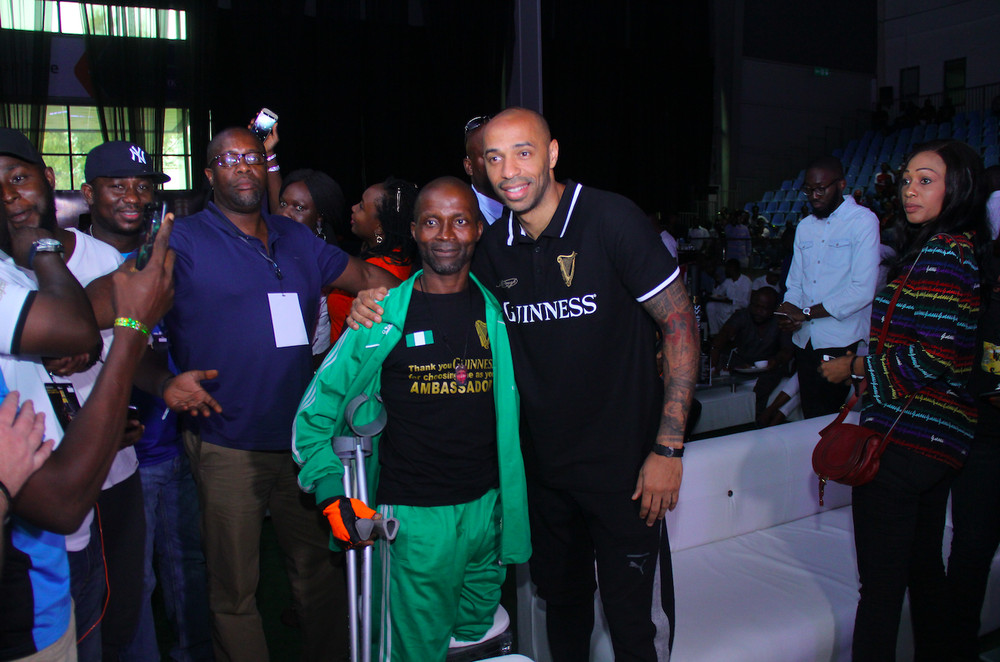 On selection of Goodluck Obieze as Made of Black ambassador, Adenike Adebola, Marketing Director Guinness  said, “Goodluck is truly Made of Black, a man who showed real determination to write his own rules and carve his own path in life. He has an incredible story which should inspire every Nigerian.  We have a number of projects in store this year working with Goodluck. We, at Guinness believe that football and people’s passion for the game can unite Nigerians to do incredible acts, and this is just one of the activities we will be doing this year – watch this space!”

The evening was rounded off with live music performances from the duo Small Doctor and Phyno, artists that have distinguished themselves by building enviable careers through sheer determination and hard work; attributes that personify the Made of Black Spirit.

Over the next year, Guinness will be celebrating and uniting passionate football fans and rewarding them through incredible football experiences that only Guinness can provide. This will include Fanzone activations for thousands of fans across the country with live football and music experiences.  In addition, Guinness will continue to sponsor EPL broadcasts through DSTV ensuring that all football fans can continue to follow their passion with friends and family over a cold Guinness in their homes or at their favourite bar. 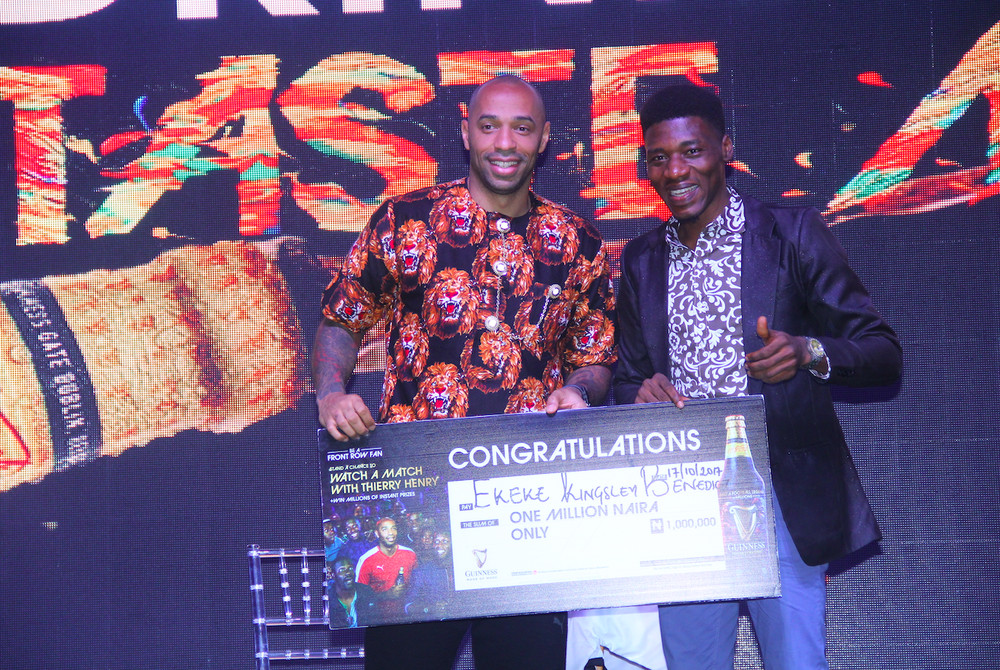 Guinness embodies the Made of Black mindset.  It is an iconic beer that has the darkest liquid, but the brightest flavours.  A beer that has lived in the hearts and minds of millions in Africa and across the world for over 250 years but has always had the authenticity, boldness, and vision to do things differently.

The “Be A front Row Fan’ National Consumer Promo runs until January 31st, 2017, and will still be rewarding consumers who choose Guinness Foreign Extra Stout as their first drink in bars. Consumers will win One Million Naira (N1, 000, 000) Five Thousand Naira (N5, 000) and loads of airtime.  To participate in the promo, buy a bottle of Guinness Foreign Extra Stout, send the code under the crown cork to 1759 and get a chance to join in the amazing fanzone experiences all over the country. 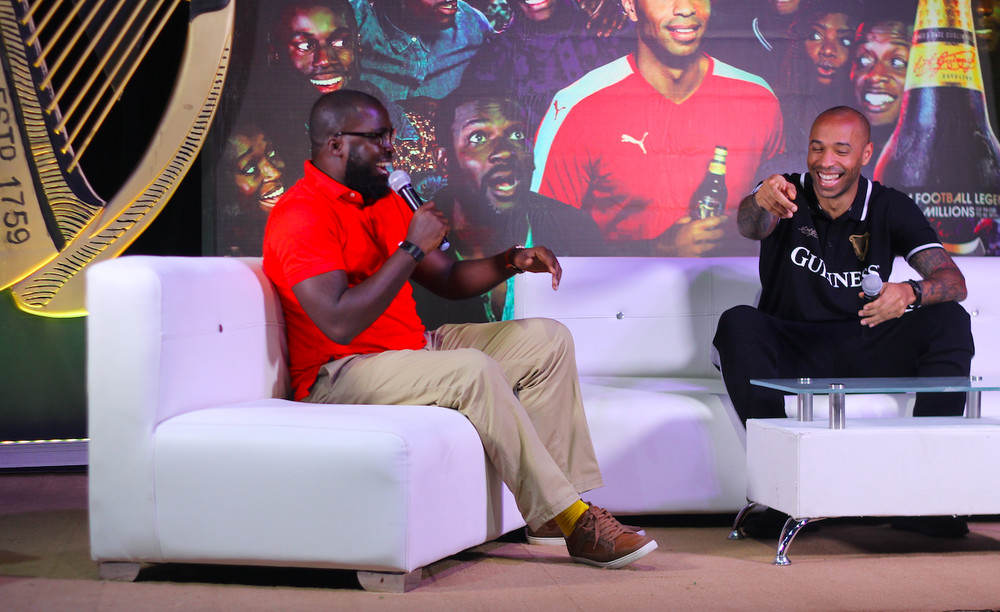 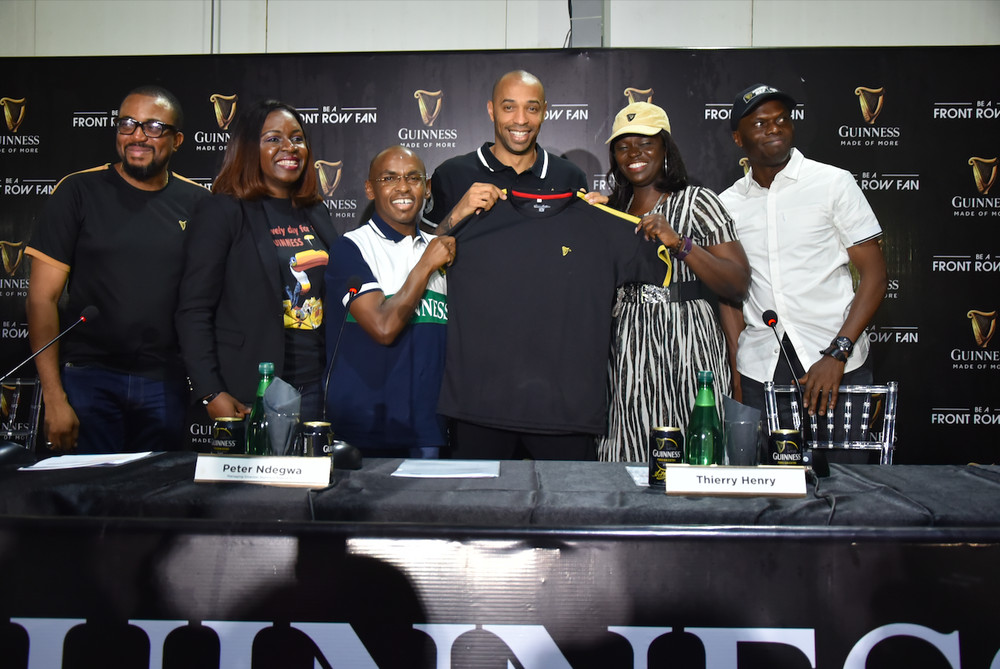 The Two Most Anticipated Concerts of the Year- Pepsi Rhythm Unplugged & Wizkid: The Concert happening LIVE! Get your Ticket Now | Dec. 22nd & 24th