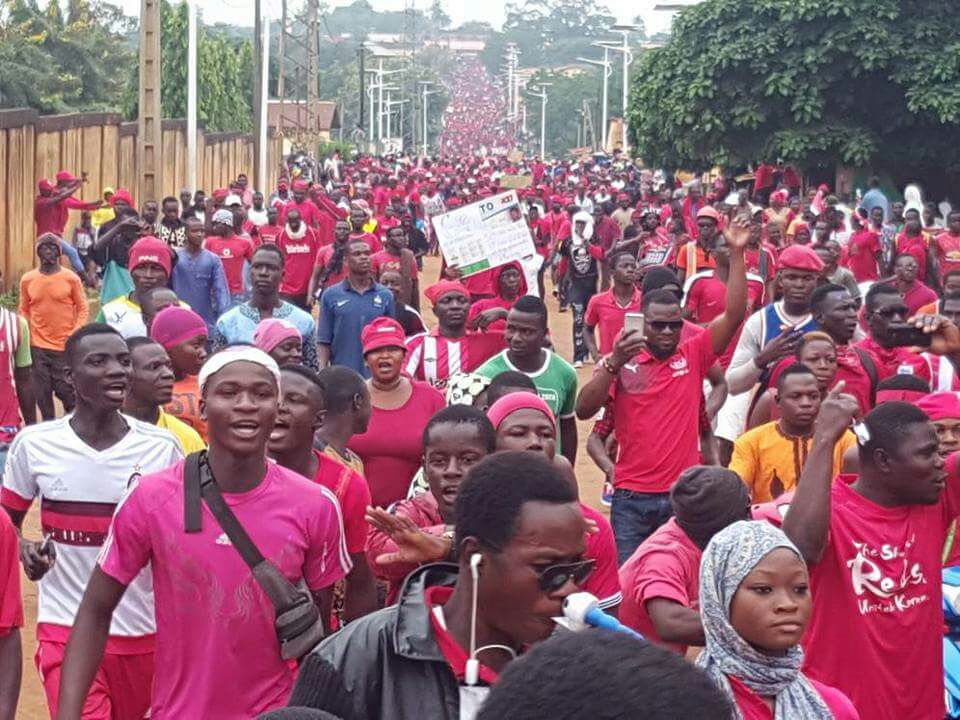 The streets of Lome, capital of Togo was lined with protesters today who were calling for the exit of President Faure Gnassingbe. Faure has been in power for 15 years, taking over from his father Gnassingbe Eyadema who ruled for 38 years.

Faure had promised to hold talks with opposition groups since November but has been mute so far. The regional mediators, Nana Akufo-Addo of Ghana and Alpha Conde of Guinea have also been working to open negotiations between the sides.

According to Punch, Leader of the opposition National Alliance for Change, Jean-Pierre Fabre told AFP during the protests:

For now the Guinean and Ghanaian presidents are trying to have ‘appeasement measures’ taken so that the talks can start. The protests are going to continue until our demands our met

The crowd today covers over a kilometer. The people of Togo are not backing off. We want change and we want it now. 50 years of dictatorship is ENOUGH #Togodebout #Fauremustgo @SaharaReporters @LeahHardingAJE @Omojuwa @DOmowale @Smith_JeffreyT @Daniel_Finnan pic.twitter.com/MHmO7Bxwzd

Why I wasn’t issued an American Visa – Atiku