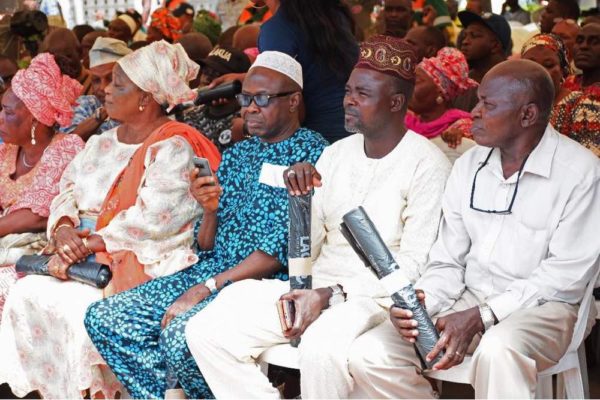 The Iyaloja-General of Nigeria, Chief Folashade Tinubu-Ojo has endorsed the Cleaner Lagos Initiative and asked market leaders in the state to support the programme. Speaking at a town hall meeting organised by the Oba of Lagos with market leaders, community leaders and residents, the Iyaloja said she had always maintained that Lagos State is a model for other states. “Lagos State has always been a model for other states. It is now up to every one of us to play our parts and contribute our quotas. Cleaner Lagos Initiative is a teamwork.” 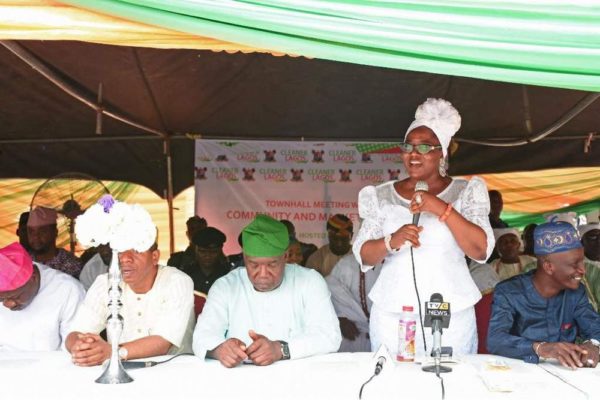 The Iyaloja General of Nigeria, Folashade Tinubu-Ojo speaking at the Town Hall meeting 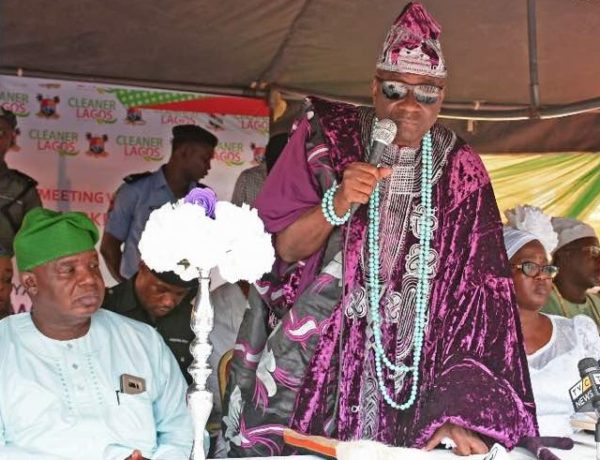 Oba of Lagos, Oba Rilwan Akiolu (middle) during the Town Hall meeting with Community Leaders and Market Leaders on the Cleaner Lagos Initiative at the City Hall, Lagos Island on Wednesday.

The monarch also advised those present at the meeting and the larger society not to do anything to sabotage the efforts of the State Government on the Cleaner Lagos Initiative (CLI). Rather, he appealed to them to co-operate with the state government to make the initiative a huge success. He also said CLI was initiated because of the need to have a proper waste management system.

Oba Akiolu, while talking about the menace of cart pushers and wheelbarrow operators, said it was a good thing that the state government banned their activities. He stated that in addition to dumping refuse indiscriminately, robbers also used the cover of cart-pushing to hide live ammunition which they used to perpetrate crimes. “As a retired police officer, I know this to be true,” he stated. 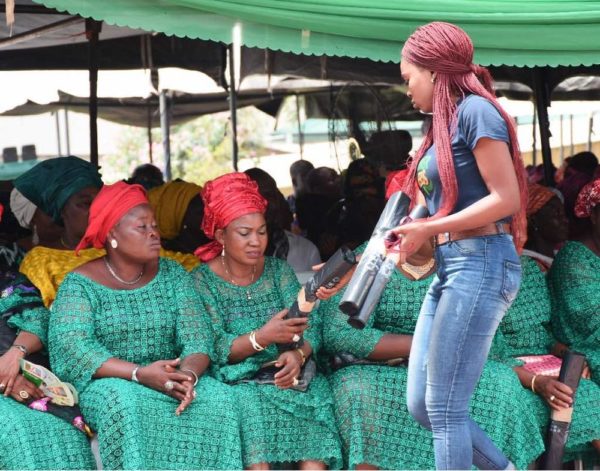 Speaking in Yoruba, the monarch said, “It is not good to continue to use carts to pack waste. This is why we have the Cleaner Lagos Initiative. So, I plead with you to stop dumping refuse indiscriminately anywhere.  Please, don’t undermine the efforts of the Ambode-led government. The CLI is for the benefit of the citizens. “As I speak now, 15 people have already been arrested for illegal dumping of waste.  I cannot plead with the authorities on behalf of any saboteurs.”

Also speaking at the event, the Lagos State Commissioner for the Environment, Babatunde Durosinmi-Etti shed more light on why the Lagos State Government opted for the CLI and engaged Visionscape Group to manage the waste in Lagos. “We had the PSPs managing the waste. But as the rate of the dollar went up and the population of Lagos continued to rise, which made waste management to become an expensive task, it became necessary to formulate a new policy.

“We have not taken out the PSPs. They are to manage the waste in industrial areas while Visionscape will concentrate on the residential areas and markets. But we even have PSPs that have written to us to say that they are ready to clear waste from markets for free on Thursdays. “Report saboteurs to us. Give us a few weeks to stabilize,” the commissioner pleaded.

He also disclosed that the state government has embarked on the process of enlightening the citizenry about the initiative. “We need to have a constructive engagement with the people so that they can have an understanding of how these things work”, he said.