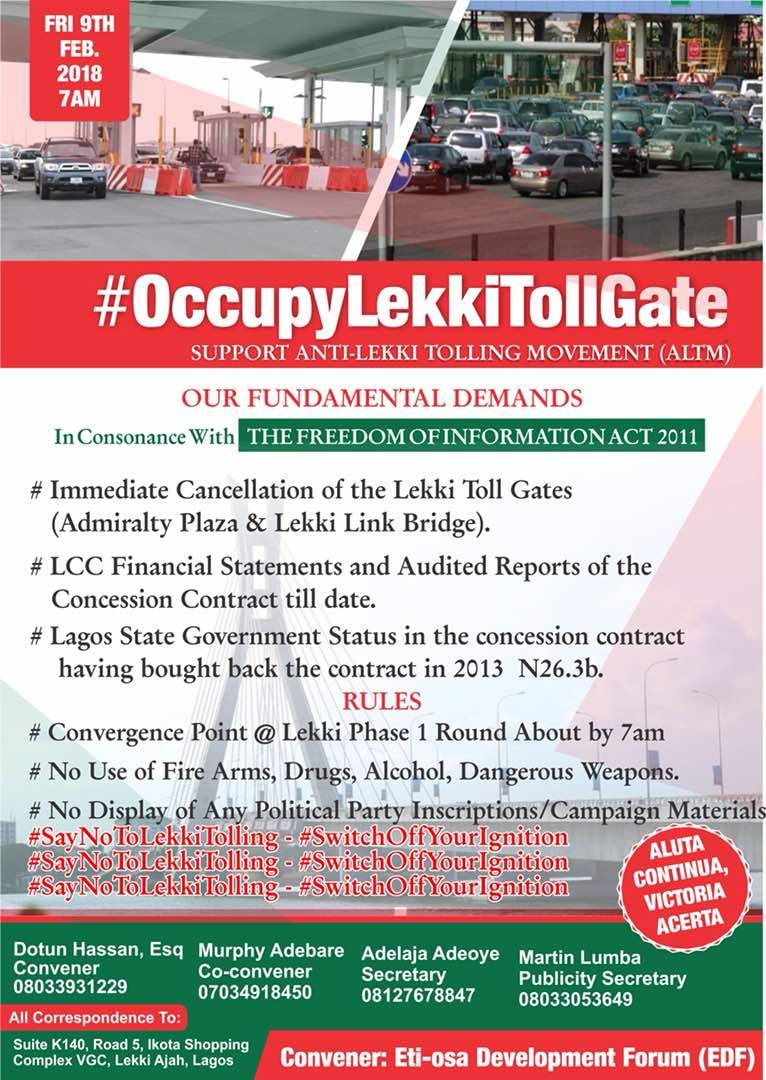 Following the Lekki Concession Company (LCC)‘s increase in fares at both toll gates which leads in and out of the Lekki axis, the Eti-Osa Development Forum (EDF) has called for a protest to be carried out on Friday, the 9th of February, 2018.

The price hike took effect on the 1st of February which led to a massive gridlock within Lekki and enivrons.

The planned protest is scheduled to hold at both toll gates from 7AM and commuters are enjoined to plan their movements accordingly.

The goal of the protest is to enforce an immediate cancellation of the price hike and also call for financial statements and audited reports of the LCC till date, as well as the Lagos state government’s status in the concession contract.

#SecuritySummit: “We cannot police a country the size of Nigeria centrally from Abuja” – Osinbajo

Chat with Leo: Your New & Personalized Virtual Assistant from UBA