Passionate about the Film Industry? Find Out how to Get a Spot in the Accelerate Filmmaker Project 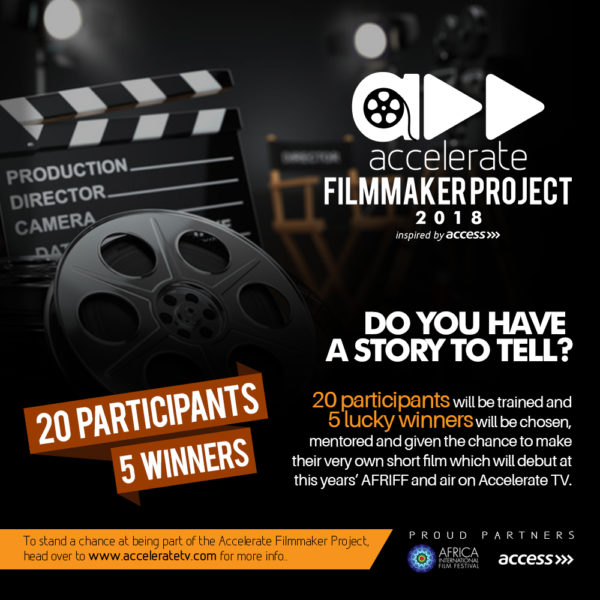 Over the course of the project, over 800 interested young people submitted their entries and after the first screening, 30 people were shortlisted and after a second screening, 15 of them went through the rigorous training process. Eventually, five talented filmmakers emerged and the final five, Priye Diri, Emmanuel Oiseomaye, Michael Akinrogunde, Adenike Adebayo and Joshua Olanrewaju were given a sizeable budget to produce their own short films which were then screened at the 2017 Africa Film Festival.

After an extremely difficult selection process, it was Priye Diri who was the most outstanding entry during the competition for her short film XOXO. She was awarded a scholarship to study film at La Cinefabrique Muiltimedia College, France. The second edition of the Accelerate Filmmaker project is here again. It’s bigger, better and has more slots for participation.