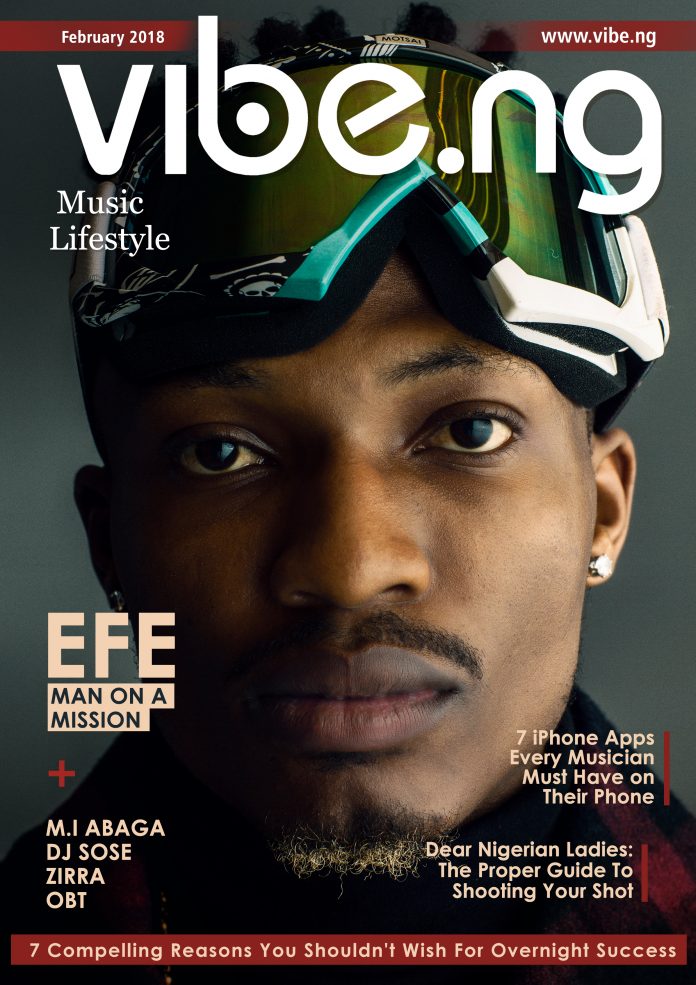 Big Brother Naija 2017 winner Efe covers the latest issue of Vibe.ng and speaks to Cynthia Atagbuzia, sharing his thoughts on the present Big Brother Naija housemates and also dissects his new EP Am Sorry Am Winning.

On the first thing he did with his prize money:

On the perceived obscenities in the Big Brother House:

How you paint your reality is your choice. People say “be true to yourself” but I prefer to say don’t lie to yourself. It’s based on choice. For me, I don’t pray to be involved in any sexual activity because of my beliefs let alone in an environment where I have the power and capacity to encourage or discourage it. I will always try to encourage the people watching not to indulge in such.

On the concept behind his EP title:

I figured there’s so much unemployment, so much hunger and so much mental slavery in this country so your success makes some people angry, which is why you have to apologize to them.

It’s just funny and sweet how creativity helps you do a lot of things and gives you free will-so instead of naming it I’m sorry I’m winning, you name it ‘am sorry am winning’ so it is more annoying to that guy who’s like “this guy no sabi speak English”… It’s just fun for me. Art is sweet. Music is sweet.

He also goes into a track-by-track analysis of the EP:

Juliet Ibrahim is a Vintage Chick in this Birthday Shoot!