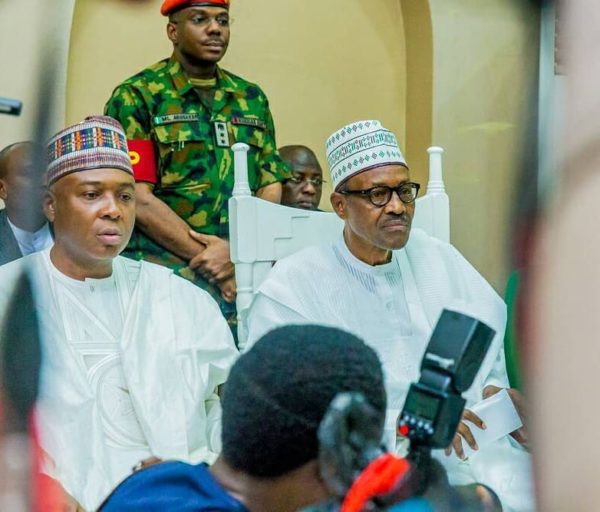 President Buhari, along with other governors and politicians, were in Kano on Saturday for the wedding ceremony of son of Oyo State Governor, Idris Abiola Ajimobi and daughter of Kano State Governor, Fatima Umar Ganduje.

The president’s special assistant, Femi Adesina, had earlier said the president will visit Yobe State if he feels there is a need to.

Onochie, on her Twitter, said President Buhari is an adult and will decide where he goes. She wrote:

President @MBuhari is an adult. He decides where he goes. He decided it’s Kano today. And to Kano he went.

President @MBuhari is an adult. He decides where he goes. He decided it's Kano today. And to Kano he went. pic.twitter.com/CkqK3sNAP5

Ruggedman speaks out on his #Trending Police Photos