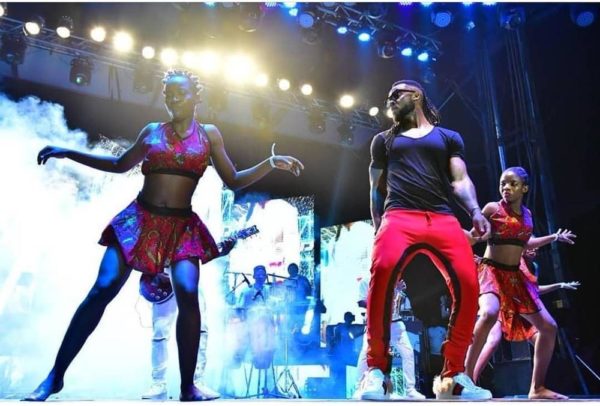 It’s unclear what exactly happened, or how, but attendees of Flavour‘s concert in Enugu returned with reports of sexual harassment.

Flavour hosted a free concert, “Flavour of Africa,” at the Michael Okpara Square in Enugu in conjunction with Life Continental Lager Beer.

The singer decided to give back to fans in the city where he started his career, and they attended in droves.

People who attended have however shared their experience on social media, and it is not good.

A Twitter user, @Naturize9, shared a particularly haunting thread of her experience, detailing rape and abuse.

Another user, @Adedotvn, writing about the same concert, said he also witnessed sexual abuse and rape.

This echoes the same events that took place during rapper Phyno‘s concert, PhynoFest, in Enugu in 2017.

The Enugu State Police Command, reacting to the reports, has said it is investigating the alleged rape and has apprehended 4 people who attended the concert.

Flavour is yet to react to the reports.